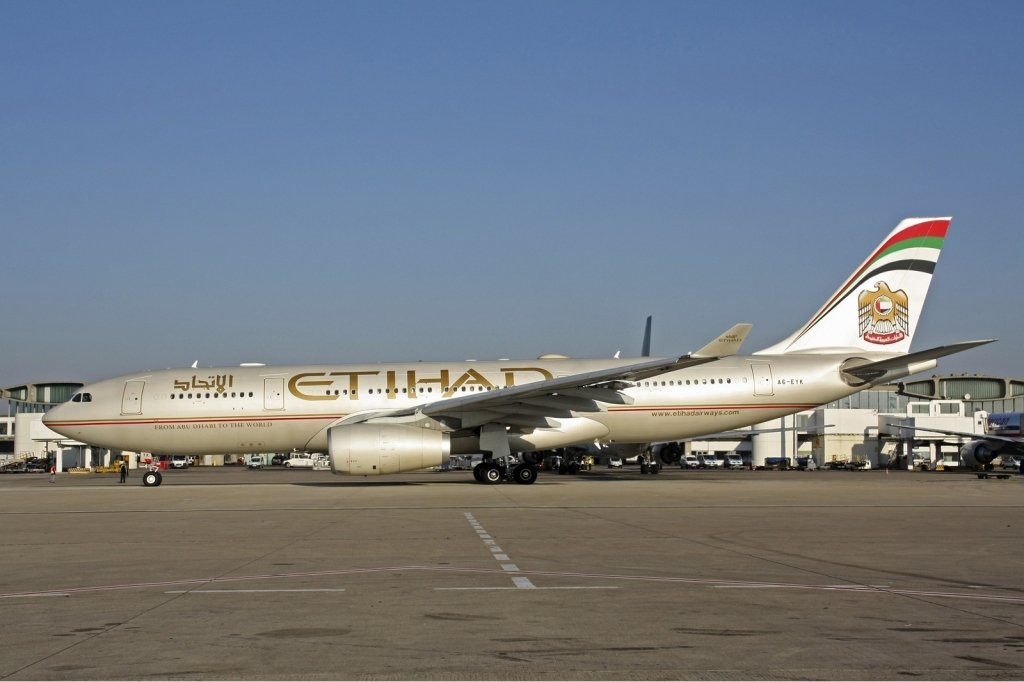 Etihad Airways, the national airline of the United Arab Emirates, has marked the first anniversary of its service to Edinburgh Airport, which was launched on 8 June 2015.

Over the past year, the top five destinations for the airline from Edinburgh Airport have been Abu Dhabi, Sydney, Bangkok, Melbourne and Perth. In March 2016, Etihad Airways announced that it would resume daily services between Edinburgh and Abu Dhabi for the summer season 2016.

The Edinburgh service connects Scottish business and leisure travellers with holiday destinations and financial centres in the Middle East, Indian sub-continent, Asia and Australia, via the airline’s hub in Abu Dhabi. The airline has also provided an uplift in cargo carrying nearly 3000 tonnes since launching in June 2015, with salmon proving a popular export product.

Destinations in Australia remain an important outbound market for Scots travelling through Abu Dhabi with the airline connecting directly to the cities of Brisbane, Sydney, Perth and Melbourne. Since the 2nd June new aircraft have been added to Perth with a Boeing 787 Dreamliner now serving the daily operation and an Airbus 380 flying on one of the Melbourne double daily services.

Gordon Dewar, Chief Executive of Edinburgh Airport, added: “Congratulations to Etihad Airways on their first anniversary with us – I’m confident there will be many more great days and happy years to come. Etihad recognised the growing international demand for direct links to Scotland and were right to opt to fly to Edinburgh, as they have similar aspirations for growth as we do. Working with great brands and delivering growth through choice is a winning formula that we are totally focused on and Etihad is a great fit for Edinburgh Airport.”

Inbound traffic has been drawn to Edinburgh’s excellent tourist offer where the city and surrounding region is the UK’s largest tourist market outside London, with more than a million arrivals from overseas every year.

Malcolm Roughead, Chief Executive Officer of Visit Scotland, said: “I would like to congratulate Etihad Airways on a hugely successful opening year for this important service between Abu Dhabi and Edinburgh. This route has unlocked Etihad Airways’ worldwide network to the benefit of Scotland’s tourism industry, helping to increase the number of high net worth leisure and business travellers visiting from growth markets across Asia as well as from major established markets like Australia. Air links to major global airline hubs like Abu Dhabi mean that Scotland is now more connected than ever before and our industry will continue to benefit from the global growth ambitions of partners like Etihad.”

Etihad Airways has experienced significant growth this year, with new aircraft deliveries and additional routes including Istanbul Sabiha Gokcen in Turkey and Rabat in Morocco added to the global network. The airline has also opened premium lounges in Melbourne and at New York-JFK Airport, as well as its new flagship first class lounge at Abu Dhabi International Airport.