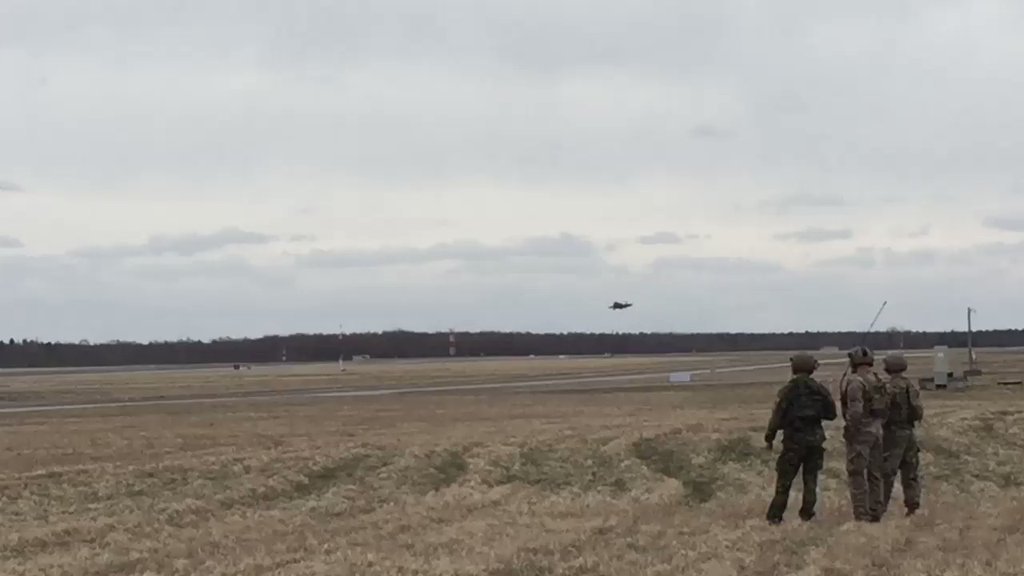 The jets will remain in Estonia for several weeks and conduct training flights with other aircraft of the U.S. and allied air forces.