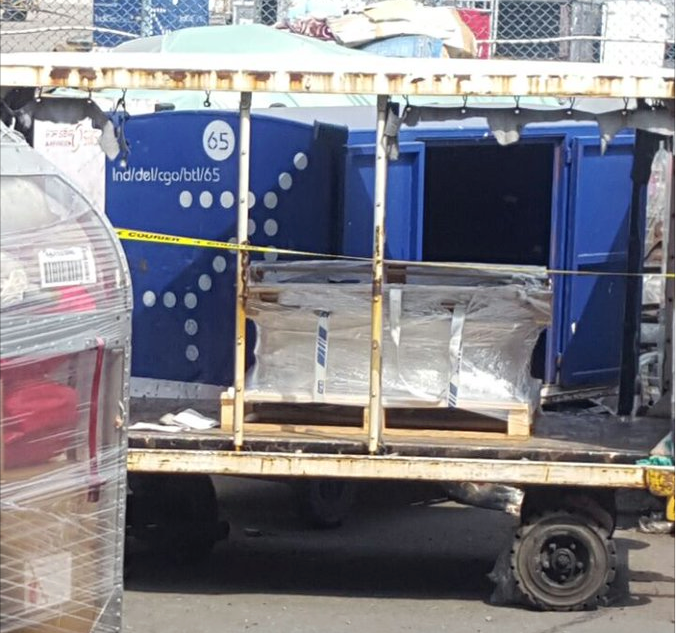 A suspected radioactive leak from a medical shipment took place at the cargo terminal of Indira Gandhi International Airport on Sunday morning (Oct 9), leading authorities to cordon off the area.

The suspected radioactive substance came from an Air France aircraft.

Representatives from the Atomic Energy Regulatory Board and National Disaster Management Authority were present at the scene, said reports. Delhi Fire Services said it was alerted to the incident at 10.40am local time and dispatched at least seven fire engines to the cargo complex.

Air France confirmed later that the shipment of radioactive medical material on flight AF226 operated by an A330 from Paris CDG to New Delhi, on 8 October 2016, did not reveal any anomaly.

After several controls by the relevant authorities, including Indian’s independent Nuclear Energy authorities, at its arrival at the New Delhi airport its acceptation has been confirmed compliant. The transport of this type of material is subject to strict rules and carried out in accordance with the international regulations.

Air France reminds that the security of its customers and crews is its top priority,” the air carrier company said in its official statement.