NEWS Fanhansa To Stay In Business 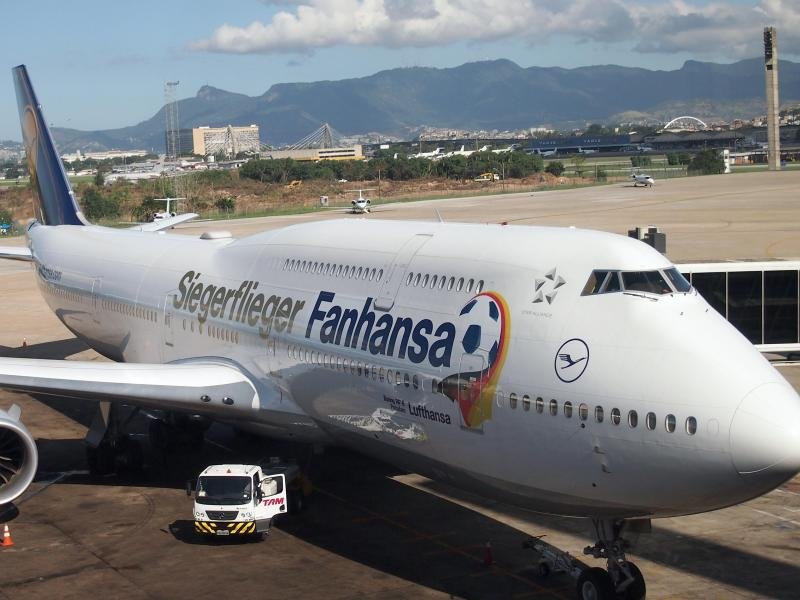 Lufthansa have announced that their special Fanhansa jet, one of their Boeing B747-8 aircraft, will continue to have it’s livery on the jet until the 2018 World Cup to take the German national football team to each destination. It  also be transporting the team to France for the Euro 2016 tournament. However, the Fanhansa livery is to change. The livery will be the same but the airline will be adding 350 different names, representing supporters of the German national team.

“The motto of our European Cup campaign is ‘Everyone’s Fanhansa’. The idea behind the new Fanhansa plane is that football fans will join us as we fly the national team to France on June 7. Our other promotions also focus on our football-loving customers,” explains Alexander Schlaubitz, Vice President Marketing at Deutsche Lufthansa AG.

With a little bit of luck, Lufthansa customers have the chance to win trips to France and other attractive prizes in May and June, by entering online and through social media. Passengers can also get in the mood for the European Cup at Munich airport. From June 10, the airport as well as selected public viewing events will feature a Trikomat that allows football fans to create their own personalised Fanhansa jerseys. What’s more, a new commercial will be aired from May 2. It’s all about football-loving passengers and humorously deals with the typical clichés about Germans.

In 2014, during the World Cup in Brazil, Lufthansa changed its name to “Fanhansa” on the plane fuselage of part of the fleet. The highlight of the campaign was the “Fanhansa Siegerflieger” plane, which took the world champions from Rio to Berlin. The Boeing 747-8 still causes a stir as it flies around the world and will continue to do so until the 2018 World Cup.