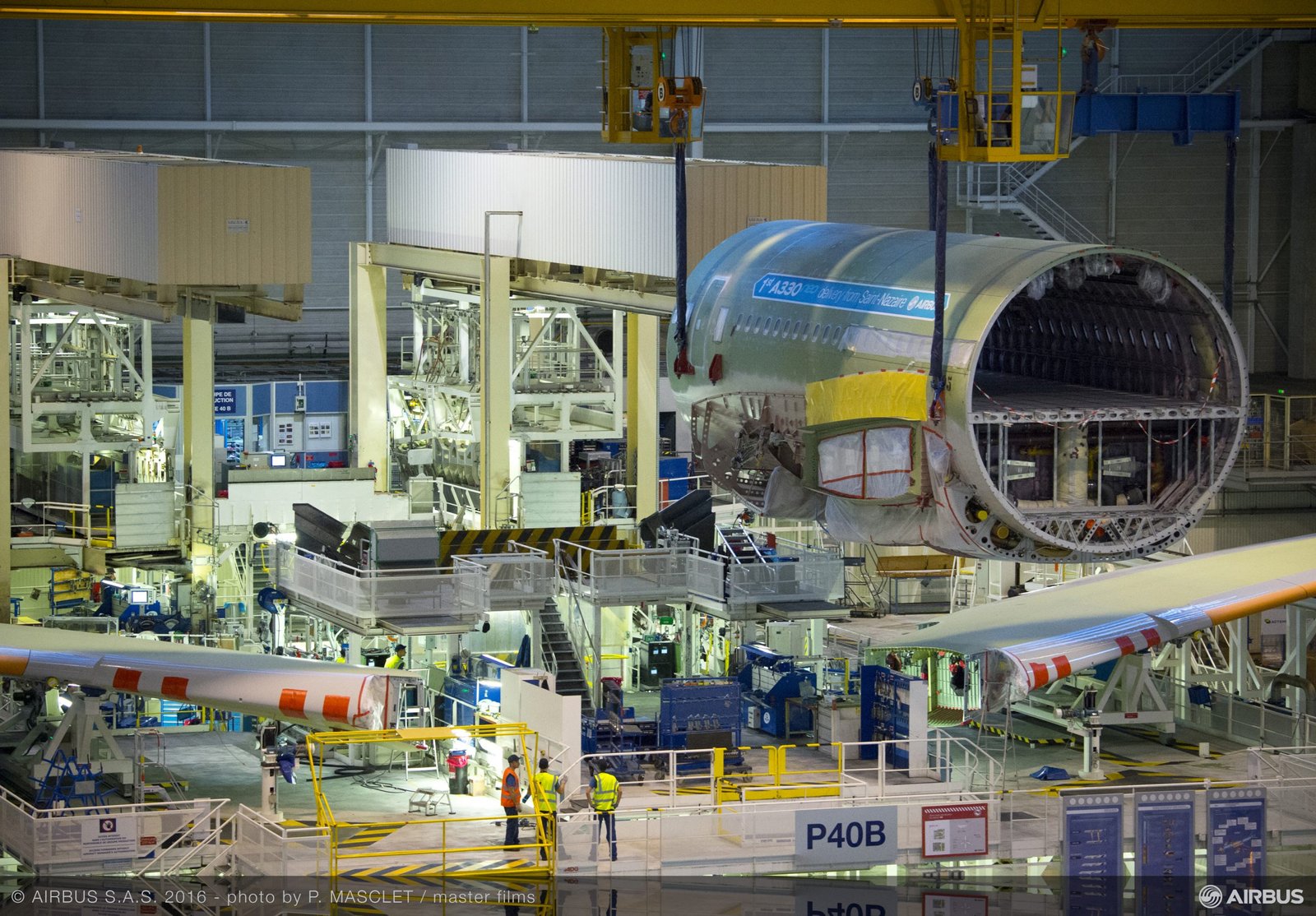 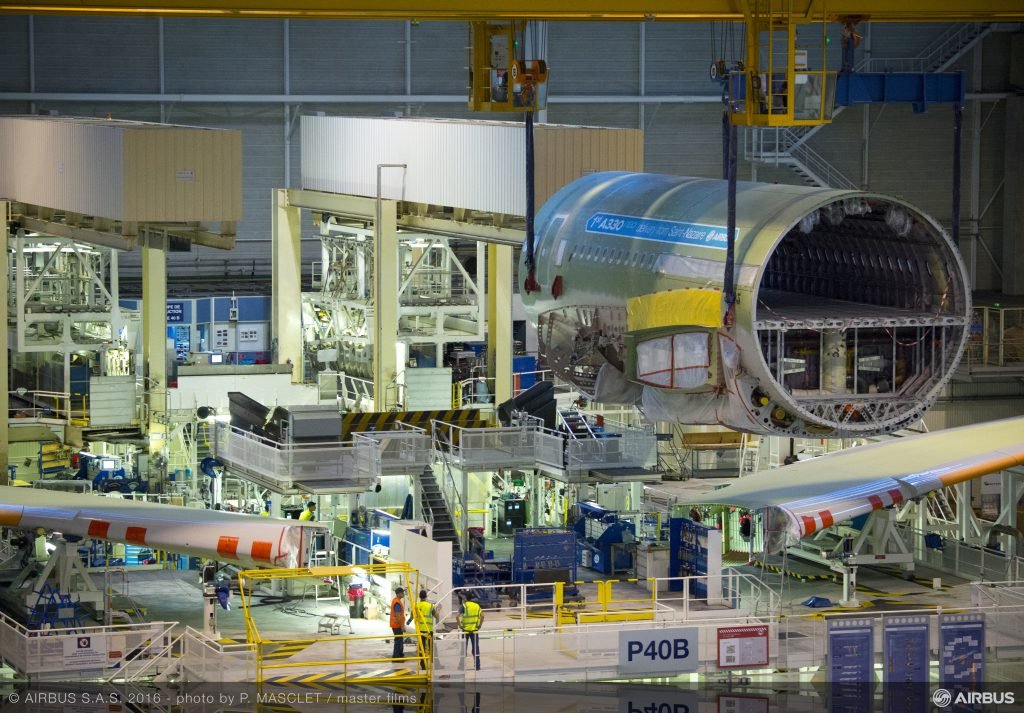 Airbus has commenced the final assembly of its first A330neo, an A330-900, at its Final Assembly Line in Toulouse with the joining of the wings to the centre fuselage at station 40.

As the newest member of the world’s most popular A330 wide-body family the A330neo builds on the Family’s proven economics, versatility and reliability, set to reduce fuel consumption by a further 14 per cent per seat. Both the A330-800 and A330-900 feature a new A350-inspired wing with Sharklet wingtip devices for state-of-the-art aerodynamics, incorporating latest-generation Rolls-Royce Trent 7000 engines, and the new AirSpace by Airbus cabin for the latest experience in cabin comfort.

The A330-800 and the A330-900 are 99 % common, sharing a 95 per cent commonality across the entire A330 fleet, set to optimize costs and flexibility for all its operators. Airlines will also benefit from the Family’s market-leading reliability and reduced maintenance costs.