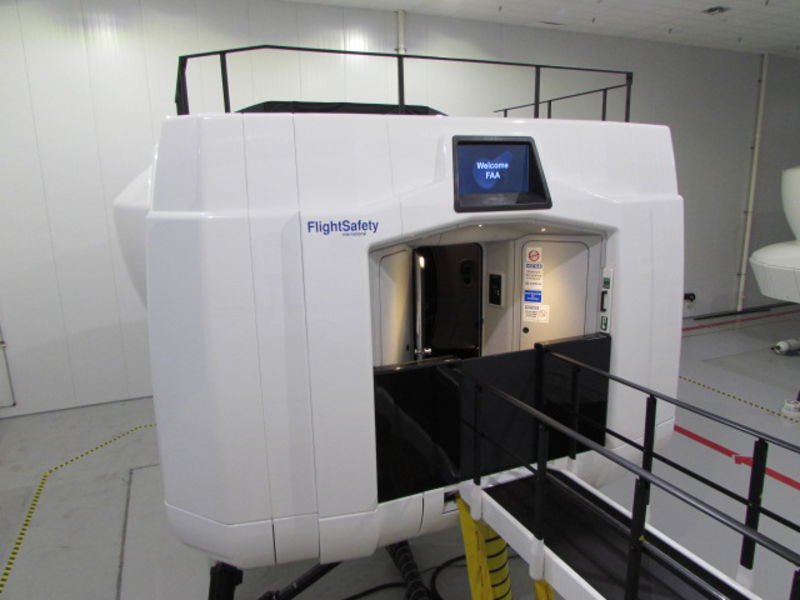 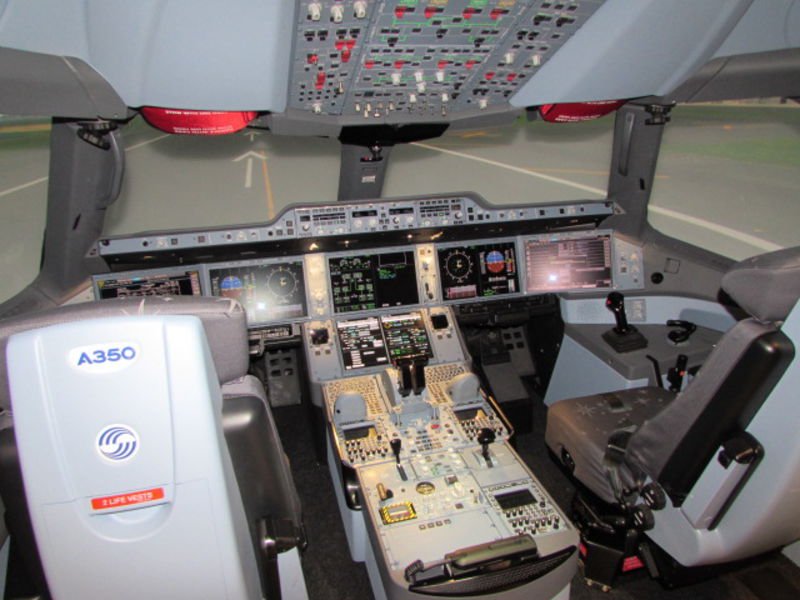 Picture of the simulator – From Airbus.

Airbus have announced that Americas’ first Airbus A350 simulator in the United States has been installed as well as receiving “Level-D” status by the FAA & EASA. This is the first A350 XWB full-flight simulator in the Americas and complements the Miami Training Center’s existing two A330/A340 and four A320 full-flight simulators. American Airlines and TAM are the first customers to train on the new equipment. The new simulator will also train flight crews from Azul, Delta Air Lines, United Airlines and other A350 XWB customers from around the world.

“With the A350 XWB entering into service in the Americas, we anticipate an increase in demand for widebody full-flight simulator training, especially given the program’s success in the Americas,” said Joe Houghton, Airbus Vice President of Training & Flight Operations Support. “Our new A350 XWB simulator now broadens our service offering, allowing Airbus to continue to deliver the most comprehensive flight training services in the industry.”

In January, LATAM Airlines Group, made up of LAN Airlines and TAM Airlines, started operating the first of its 27 A350 XWB aircraft on order, becoming the first operator in the Americas to fly the highly efficient widebody airliner. Additionally, Synergy Aerospace, Avianca’s main shareholder and owner of Avianca Brasil, has ordered 10 A350 XWB aircraft and Azul Linhas Aereas has announced its intention to fly new international routes with a fleet of five A350-900s.

The Miami Airbus Training Center serves as a Center of Excellence for the Americas. Built in 1999, the facility complements other “Training by Airbus” facilities in Toulouse, Beijing, Hamburg, Bangalore, and the recently inaugurated flight-training center in Singapore. The custom-designed, 110,000-square-foot complex in Miami has a total of seven full-flight simulators, as well as cabin door and slide trainers, state-of-the-art computer-based training classrooms and seven flight training devices simulating A320, A330, A340 and now A350 XWB aircraft. Approximately 2,200 trainees from Airbus operators in the U.S., Canada and Latin America attend training annually at the Miami ATC.