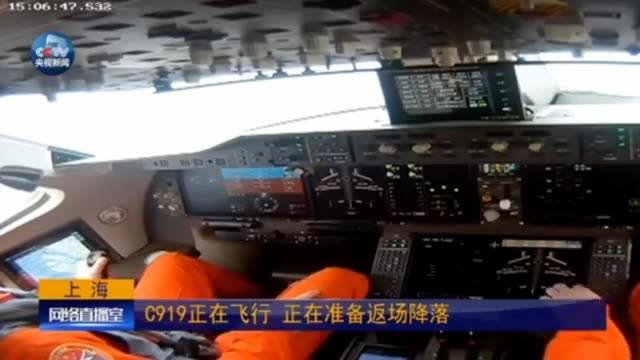 The narrow-body C919 jet took off off from Pudong international airport in the commercial hub Shanghai. It successfully landed some 80 minutes later and the five-member crew was handed flowers, with captain Cai Jun describing the flight as “very satisfactory.”

Built by state-owned aerospace manufacturer Commercial Aircraft Corporation of China (COMAC), the plane represents nearly a decade of effort in a government-mandated drive to reduce dependence on European consortium Airbus and US aerospace giant Boeing.

While delayed since last year, the flight is the latest sign of China’s growing ambition and technical skill, coming one week after the country launched its first domestically made aircraft carrier and docked a cargo spacecraft with an orbiting space lab.

China is a massive battleground for Boeing and Airbus, with the country’s travel market expected to surpass the United States by 2024, according to the International Air Transport Association.

Airbus and Boeing estimate that Chinese airlines will need between 6,000-6,800 aircraft at a total price of around $1 trillion.

Both companies congratulated COMAC on the flight.