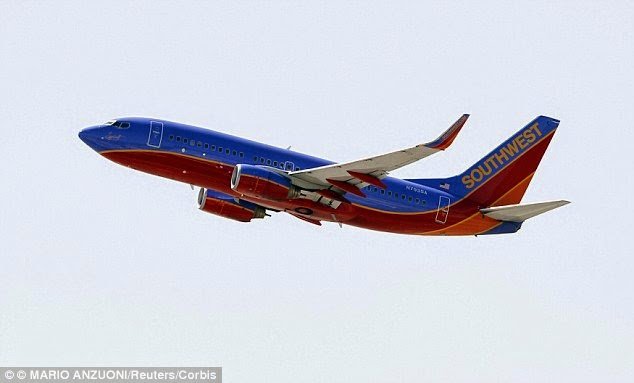 A Southwest Airlines flight from San Francisco to Phoenix had to make an emergency landing today after a woman went into a labor and gave birth to a baby just minutes after takeoff.
The flight was diverted to Los Angeles International Airport after the heavily pregnant mother began having contractions at 10,000 feet.
An emergency room nurse and a doctor who happened to be aboard the flight delivered the child – with the help of a very rattled flight attendant.
There were 111 people aboard the plane at the time.