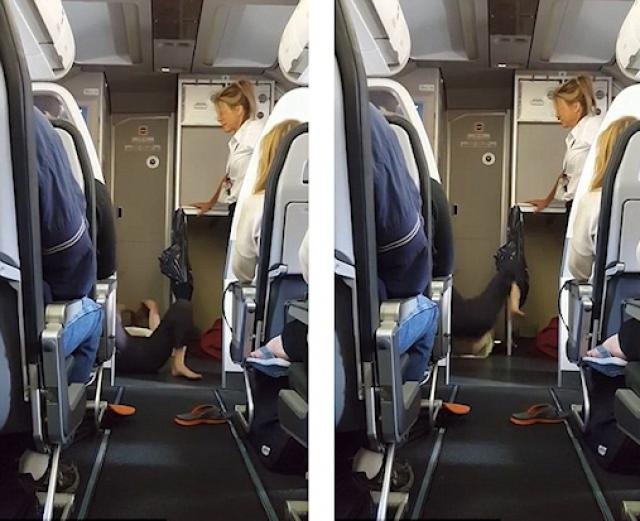 A Frontier Airlines flight from Denver to Portland (USA) had to turn around while taxiing Monday because a woman on the jet began screaming and removing her clothes.

A passenger recorded a portion of the meltdown while the airplane taxied, but he said it only represents a portion of what happened before and after.

Passenger’s video shows the woman kicking and screaming on the ground, and hitting her head against the cockpit door. She can also be heard taking about dying in a plane crash.

“Her behavior was really erratic, up and down, crying and then laughing and then crying, even before she got on the plane.” he said.

The passenger said he shot the video as the plane was on the way back to the gate, but he stopped recording early because the woman began taking off her clothes. “There were no clothes,” he said. “Not even socks.”

A Frontier Airlines spokesman confirmed the flight was sent back to the gate and that Denver police officers escorted a passenger off before the flight resumed its trip to Portland.