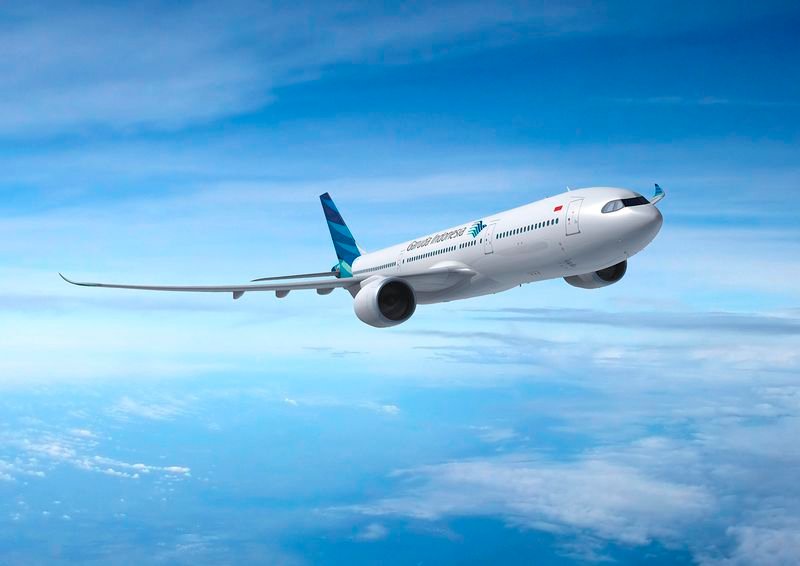 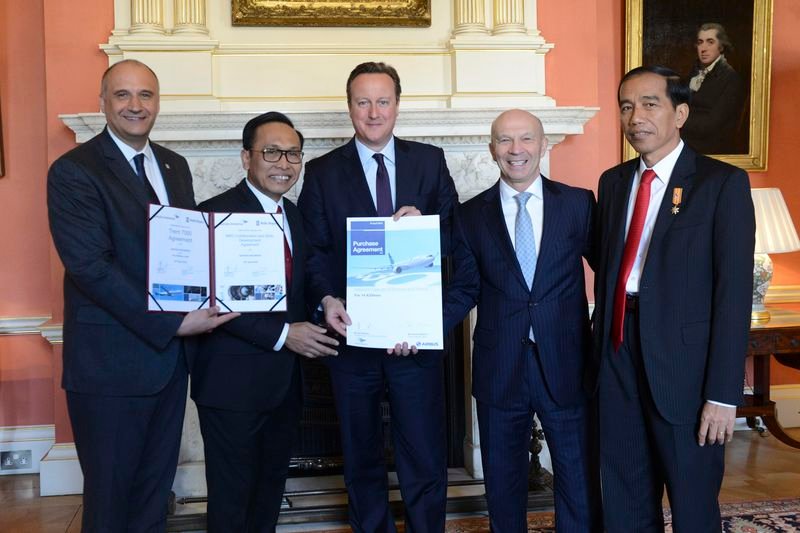 Garuda Indonesia have confirmed an order with Airbus for the purchase of 14 A330-900neo (New Engine Option) aircraft. The neo is the new re-engined version of the A330 family, to support the company’s growth and business expansion in the future.

The deal was finalised in London in the presence of the President of Indonesia, His Excellency Joko Widodo and British Prime Minister David Cameron. Garuda Indonesia plans to use the A330neo to develop its medium and long haul network, with the aircraft offering cutting edge technology along with more efficient operations. The order replaces and extends an existing order for seven A330-300 aircraft, and the A330neo will be delivered from 2019 onwards.

“We are pleased to announce that we continue our long-standing relationship with Airbus. Both Garuda Indonesia and Airbus fully understand the aim of the deal as a long-term strategy to win the global challenge,” said Arif Wibowo, CEO of Garuda Indonesia.

Arif explained, “The A330neo represents a more-efficient future for Garuda Indonesia. This order restructuring is believed to support our continued commitment to deliver the most modern, comfortable and excellent air travel service to all customers as well as to strengthen the sustained positive growth and business expansion of the company.

“Furthermore, we are confident that this latest technology aircraft will support us to compete better in the industry.”

Prime Minister David Cameron said: “This deal underlines the increasing importance of our ties with Indonesia – a fast growing economy and set to become the seventh largest in the world by 2030.

“We are the fifth biggest investor in Indonesia and our relationship has more untapped potential. We want to encourage more British businesses to seize on these opportunities and we will continue to support them by banging the drum for British skills and expertise.”

Airbus Chief Operating Officer Tom Williams said: “We are delighted to welcome Garuda Indonesia as a new customer for the A330neo.

“The A330neo will bring a range of benefits from unbeatable operating economics including significant reductions in fuel consumption, lower maintenance costs and extended range capability. The aircraft will have Airbus’ all new Airspace cabin which will ensure the A330 continues to be a benchmark for passengers and airlines alike.”

The A330-800neo and the A330-900neo are two new members of the Airbus Widebody Family with first deliveries scheduled to start in Q4 2017. The A330neo incorporates latest generation Rolls-Royce Trent 7000 engines, aerodynamic enhancements and new cabin features. Benefitting from the unbeatable economics, versatility and high reliability of the A330, the A330neo reduces fuel consumption by 14% per seat, making it the most cost efficient, long range widebody aircraft on the market.