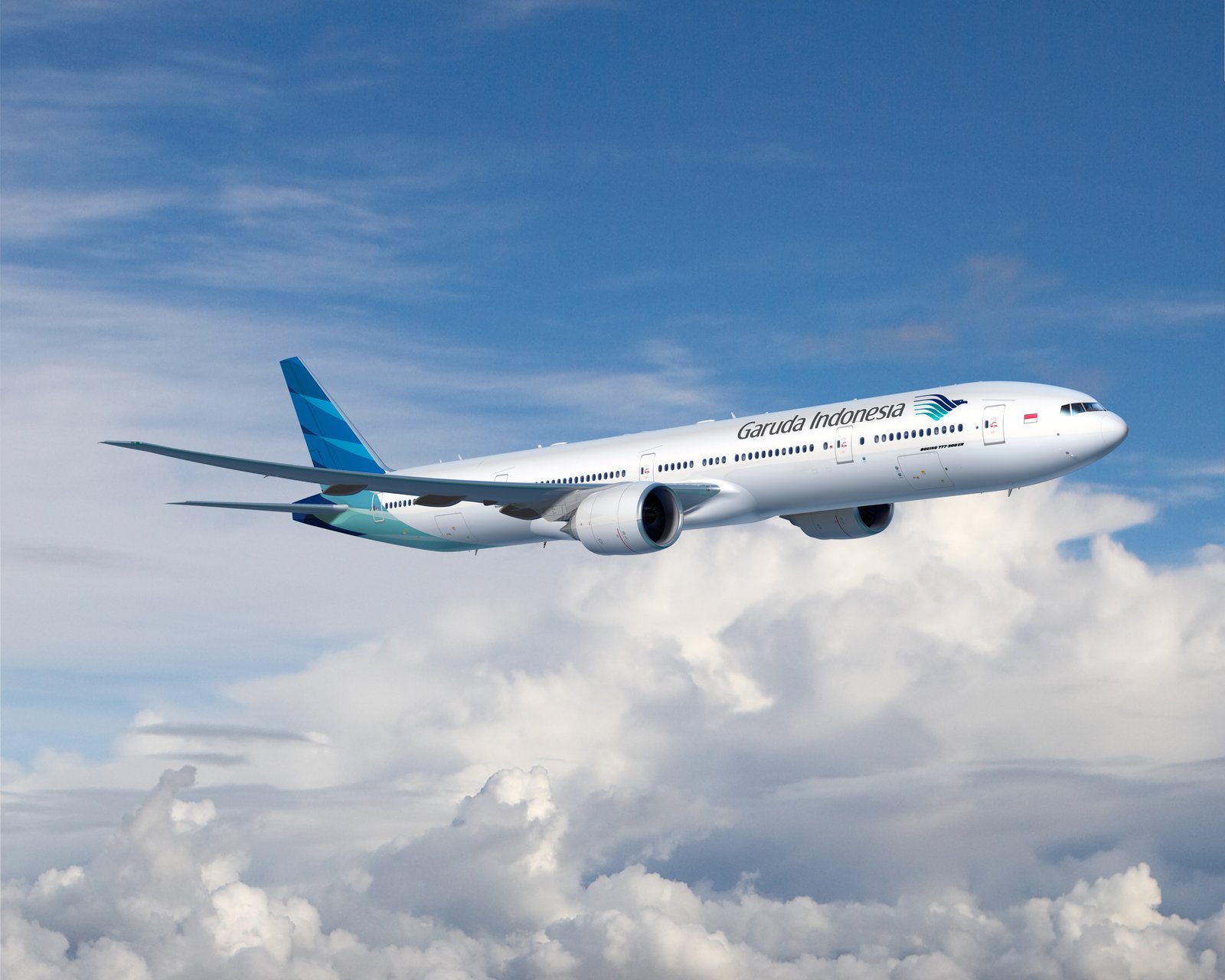 Garuda Indonesia (GA/GIA) launched their Jakarta (CGK/WIII) – London Heathrow (LHR/EGLL) Service on 31st March 2016 from Jakarta to Heathrow’s Terminal 3. The flight landed at 19:48GMT, 53 minutes behind schedule. Garuda Indonesia operate this route with their Boeing B777-300ER Aircraft. The first flight today was flown by PK-GIF from Singapore. The outbound flight will route to Jakarta instead of Singapore. 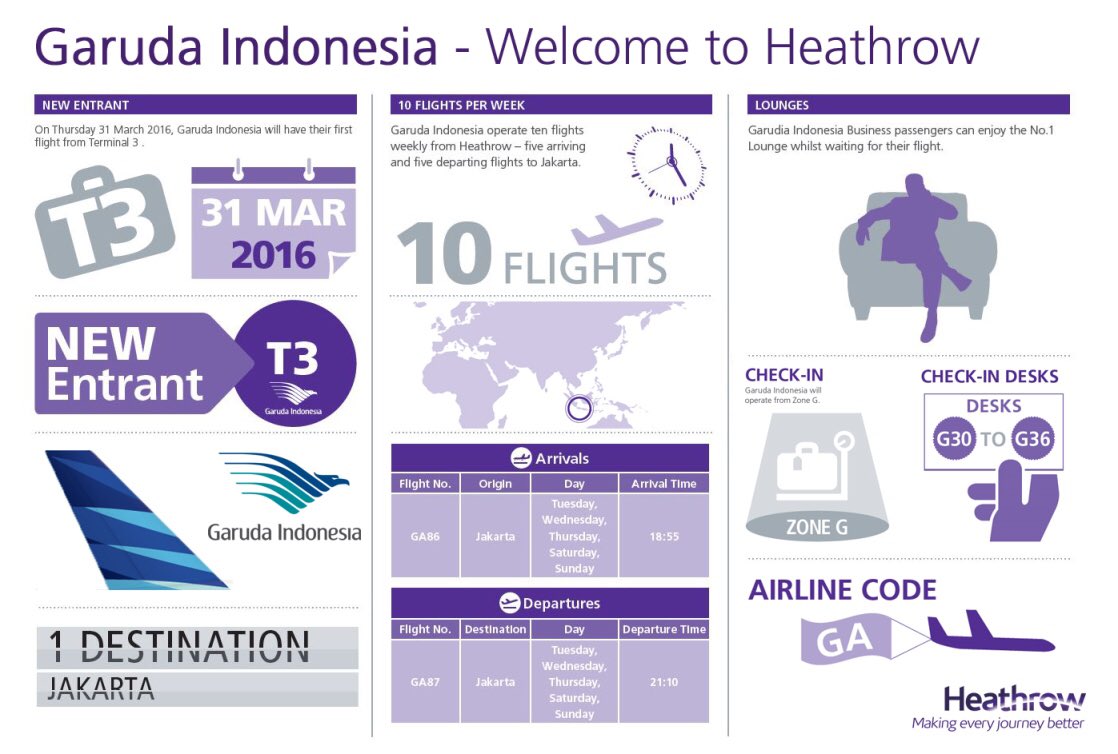 The Jakarta-Heathrow route is scheduled to operate 10 times per week, 5 departures and 5 arrivals per week. The flights operate on Tuesday, Wednesday, Thursday and Saturday. The flight arrives at Heathrow for 18:55GMT and will have under a 3 hour turnaround before departing at 21:10GMT. 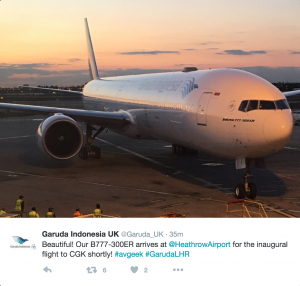 Tweet made by Garuda Indonesia upon the flight’s arrival.