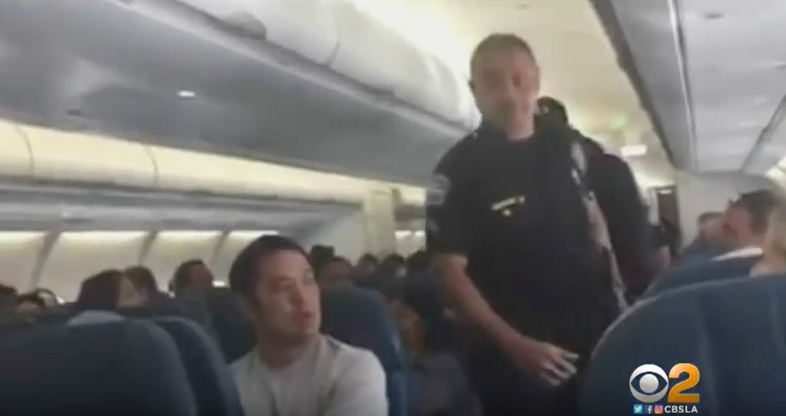 A flight from Las Vegas bound for Hawaii was diverted to LAX Wednesday morning over what police say was a passenger’s reaction to the price of an in-flight blanket.

Hawaiian Airlines flight #HA7 was a few miles off the Southern California coast when an unidentified 66-year-old passenger requested a blanket and was told the cost would be $12, according to Los Angeles Airport police.

Witnesses said the man argued he should not have to pay for a blanket because it was so cold. The passenger became upset and asked for the phone number to Hawaiian corporate headquarters to complain. According to police, he then said, “I’d like to take someone behind the wood shed for this.”

While there was no physical altercation, crew members refused service and the pilot made the decision to dump fuel in order to land at LAX at 10:15 a.m., police said. The man was escorted off the flight. Passengers recorded the lockdown on their cellphones.

After police and federal authorities took the man into the terminal, they determined he was not a threat and released him without filing charges. The man was able to fly to Hawaii on a different airline, police said.