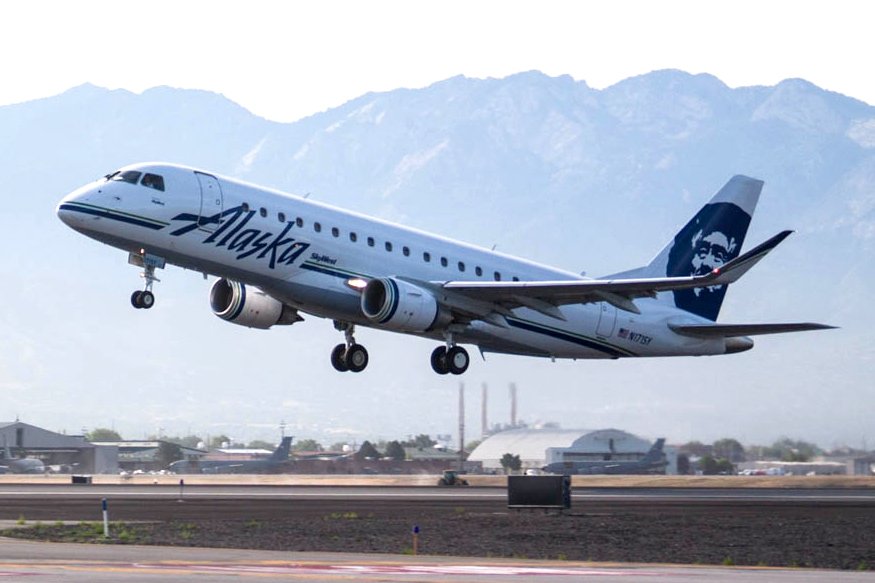 Horizon Air today announced it will grow its fleet with the purchase of 30 new three-class Embraer E175 jets, which will fly exclusively for Alaska Airlines. The order, which also includes 33 options, will be delivered over three years starting next year, and is valued at $2.8 billion at Embraer’s current list price and represents the largest order since the airline was founded in 1981. The jets will supplement the Portland-based carrier’s fleet of Bombardier Q400 turboprops.

“The E175s position Horizon for growth beyond our current West Coast destinations while providing better customer utility in the growing Alaska Airlines network,” said Horizon Air President David Campbell. “The spacious E175 offers a passenger experience, that’s on par with much larger jets. This aircraft opens up tremendous new opportunities to fly to new places that would not have been feasible with our existing aircraft.”

Horizon plans to begin flying the jets exclusively for Alaska Airlines under a capacity purchase agreement (CPA) beginning in Spring 2017 on select longer routes originating from the Pacific Northwest. Over time, the jets will replace 15 of the airline’s leased Q400s, due for return in 2018. Horizon Air will fly both the E175 and the Q400 for the foreseeable future. The Embraer jet is not new for Alaska customers, who may have flown on the regional aircraft in 16 markets operated by CPA partner SkyWest Airlines.

“To be chosen by Horizon to expand their fleet with the E175, is a great honor for Embraer. It recognizes the great economics that this aircraft offers,” said Paulo Cesar Silva, Embraer Commercial Aviation president and CEO. “The Alaska Airlines brand is known for its high-standards of service, having received many awards for their superior customer services, which brings us even greater responsibility to deliver a state-of-the-art product, with the best cabin for passengers in the 76-seat jet segment.”

The 76-seat E175 jet will feature 12 seats in first class, 16 in premium class and 48 in the main cabin. Onboard amenities include Wi-Fi Internet access, and Alaska Beyond Entertainment, which includes free and premium entertainment direct to customer devices and power outlets throughout the cabin. Depending on length of flight, food and beverage will include fresh meals for purchase in addition to locally-sourced craft beers and premium wines.