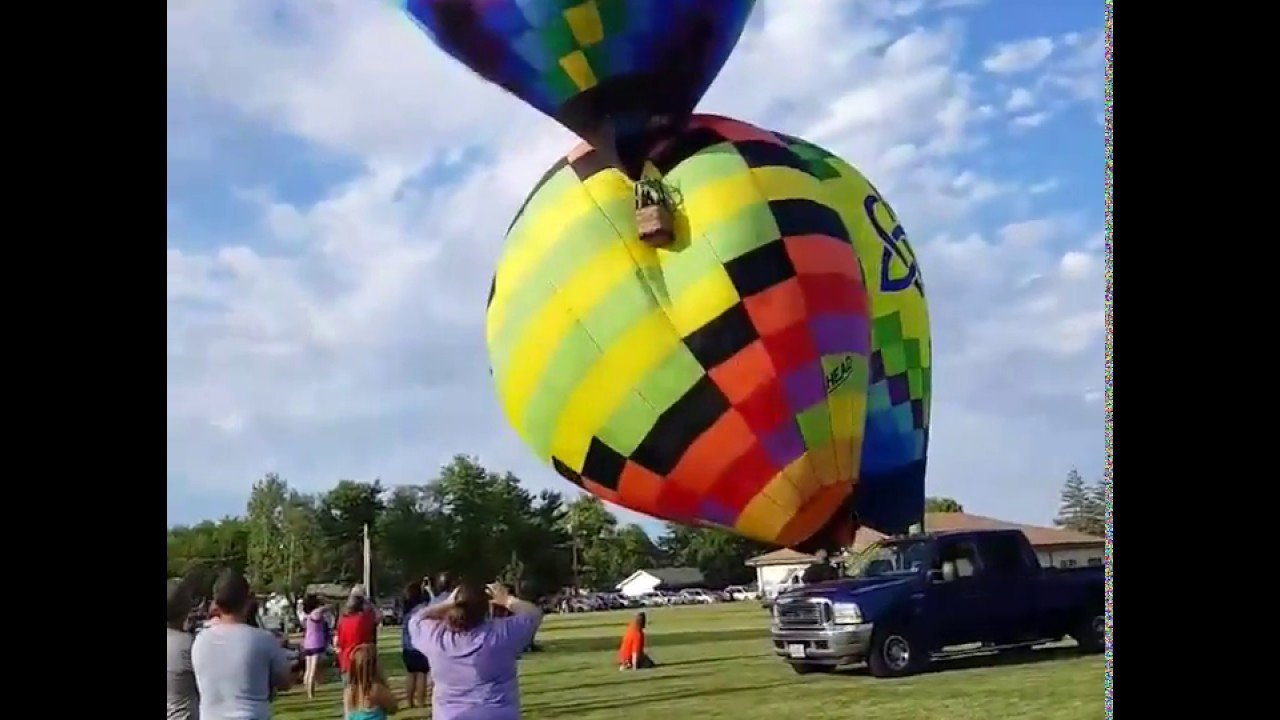 At least one person was injured after high winds forced hot-air balloons to collide in Chatsworth, Illinois.

A bystander took a cellphone video of the dramatic incident on Thursday night at a Sesquicentennial Heritage Days event in the town, located some 90 miles southwest of Chicago. The footage shows several hot-air balloons on the ground preparing to launch when a gust of wind suddenly tossed one of them into the air.

The gusty winds bring the balloon back down, causing the pilot to fall out onto the ground and leaving his two terrified passengers in control of the balloon.

The balloon came crashing down for the final time, and the passengers were able to exit the basket safely. Neither of the passengers nor the pilot was seriously injured in the incident.