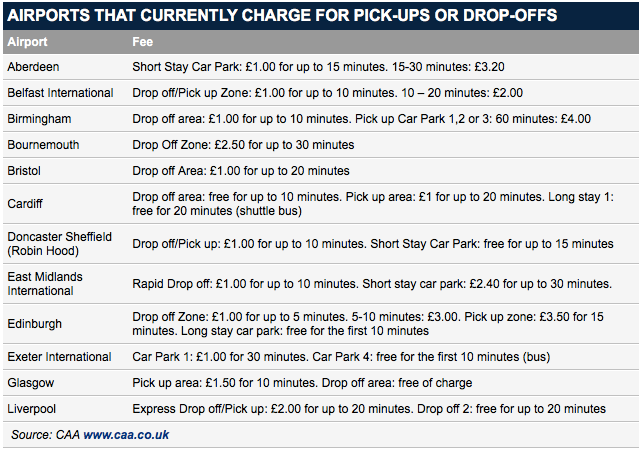 The MP for Scarborough in the UK as well as the Parliamentary Under-Secretary of State, Robert Goodwill, has praised the idea of airport drop off fees at most UK airports should come into force as a result of cutting down pollution.

He says that the extra charges would encourage airport passengers to use the public transport instead (for example, London Underground at Heathrow or London City).

However, at the moment, the charges have not come into force and are not compulsory but 12 airports in the UK will enforce the charges.

The 12 airports, including Birmingham, Bristol and Leeds airport, will begin to charge motorists a fee for using the drop off areas outside the terminal buildings.

Some airports already have fees in place and have annoyed the users of it, the aviation minister Robert Goodwill has said that the charges might be able to encourage more people to use public transport to travel to their local airport.