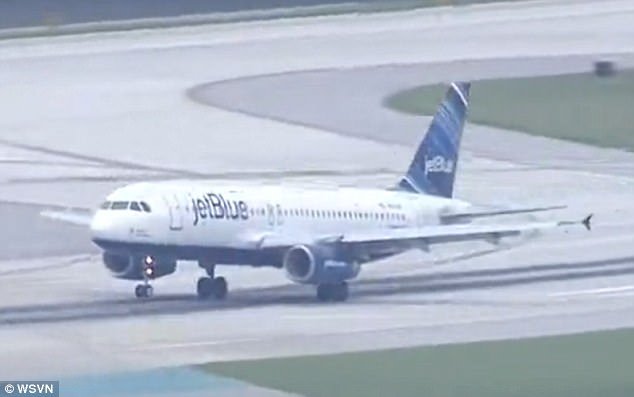 Officials say three flight attendants became ill on a plane headed to Barbados, causing it to return to a Florida airport.

JetBlue flight #B6385 took off from Fort Lauderdale-Hollywood International Airport at 1.16pm Eastern Time, but returned just a little less than an hour later when three flight attendants got sick.

Officials say the plane was evacuated and paramedics were called.

Broward Sheriff Fire Rescue spokesman Mike Jachles says the flight attendants were complaining of headaches and one of them used on-flight oxygen.

In a statement, JetBlue said it was actually just one flight attendant who got sick, countering emergency responders.

‘JetBlue flight #385 from Fort Lauderdale to Barbados returned to the airport after takeoff when the crew reported an ill in-flight crew member,’ the statement said.

Once back in Florida, the flight attendants were evaluated and declined medical treatment. There were no complaints from the 101 passengers on board.