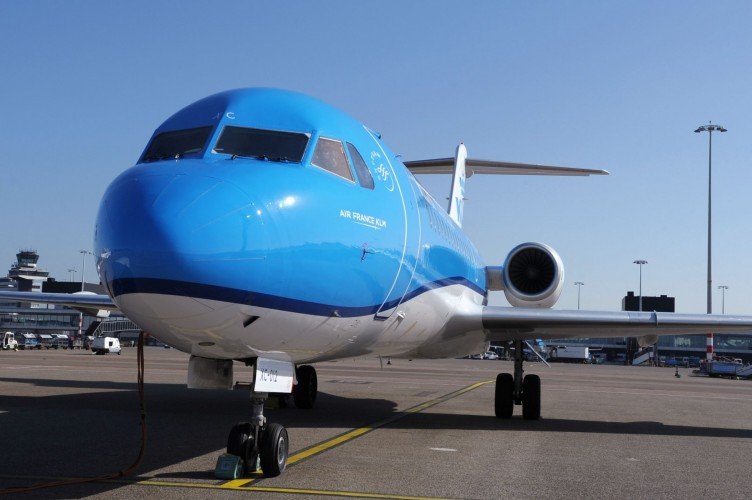 KLM Royal Dutch Airlines will bid farewell to its last Fokker 70 (F70) on 29 October 2017, after 20 years of faithful service. KLM Cityhopper is renewing its fleet, which will consist entirely of more economical Embraer 190s and 175s by the autumn of 2017.

“Following two decades of service, we will bid a fond farewell to the Fokker 70 in October 2017. We are looking forward to a youthful KLM Cityhopper fleet, consisting entirely of Embraer 190 and 175 aircraft, which are more economical, assuring us of better environmental performance and substantially lower costs. This is in line with the rest of the KLM fleet, in which the Boeing 747 will be replaced with the more economical Boeing 787 Dreamliner in the coming years. KLM will continue to invest in its fleet and product, so that we can keep offering our passengers the very best.” Boet Kreiken – Managing Director KLM Cityhopper said.

KLM operated its last commercial flight with a Fokker 50 in 2010, and the last Fokker 100s were phased out in 2012. The Fokker 70 was deployed by 15 airlines worldwide. KLM began flying Fokker 70s in 1996 and is the biggest user of this aircraft type. The average age of our Fokker 70s is almost 20 years, with each aircraft racking up around 38,000 flight hours and a similar number of take-offs and landings for the entire fleet. There are currently 14 Fokker 70s in the KLM fleet.

KLM welcomed its first E190 aircraft as early as December 2008, and the first E175 arrived in April this year.

Once the Fokker 70s have been replaced with Embraers, KLM’s fleet will consist of 30 E190s and one E175. A further 16 E175s will join the fleet through 2018, giving KLM the largest Embraer fleet in Europe.