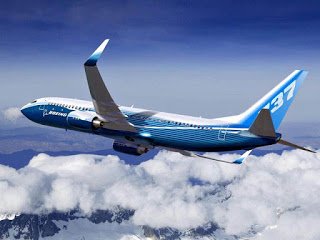 Boeing and Korean Air today finalized the airline’s order of 30 737 MAXs and two additional 777-300ER (Extended Range) jetliners valued at nearly $4 billion at current list prices. The airline also has options for additional 737 MAXs as part of the order, which was previously announced as a commitment during the Paris Air Show in June. With this order for up to 52 Boeing airplanes, Korean Air becomes Boeing’s newest 737 MAX customer and now has 62 firm Boeing airplane orders on backlog.http://ift.tt/1kHRbJD