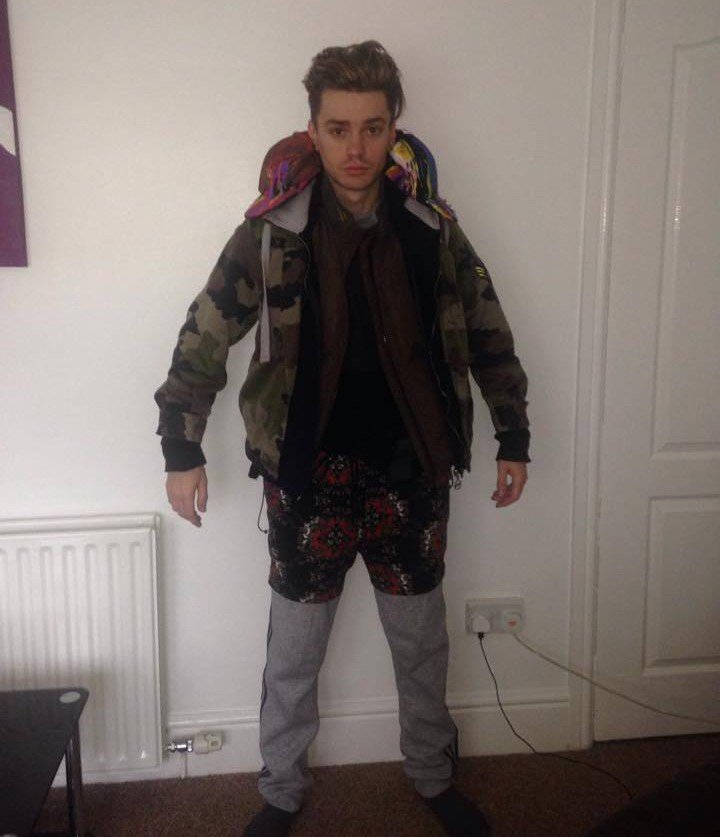 Meet James McElvar 19, who happens to be a member of Scottish boy band Rewind. He decided he was not paying EasyJet’s 45£ check in luggage fee  on EasyJet flight from Stansted to Glasgow.
Left with two options, to either leave the clothes behind or wear them. He chose the latter. All six t-shirts, four jumpers, three pairs of jeans, two pairs of jogging bottoms, two jackets and two hats of them.
Unfortunately all he got was heat exhaustion.
Planning on removing them asap he was told he had to wait until they were airborne but a combination of the heat and the wardrobe he was wearing he passed out in a vomit strewn haze.
He was removed and taken to hospital where he made a full recovery. Yikes!
#qp_main359759 .qp_btna:hover input {background: rgb(0, 38, 68)!important}
What would you have done?
Paid the £45 for check in
Asked mates to put stuff in their luggage
Dumped some clothes
Try to wear everything like James