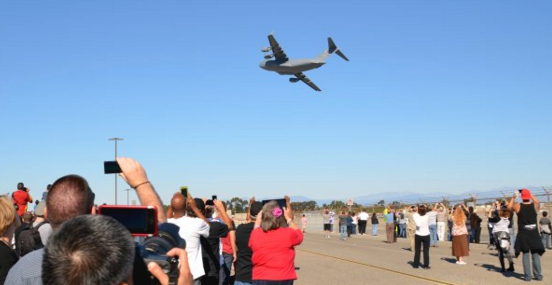 The last Boeing C-17 Globemaster III cargo plane built at the company’s Long Beach plant departed from the facility Sunday, ending production — at least for now — of the last military or civilian aircraft to be built in California. In an event attended by hundreds of Boeing employees, the aerospace giant officially ended production of the C-17 with a rollout of the final transport and a flyover near the company’s assembly plant at Long Beach Airport.http://ift.tt/1juxrIA