NEWS Less than a month before the end of the mission, Philae probe found by Rosetta! 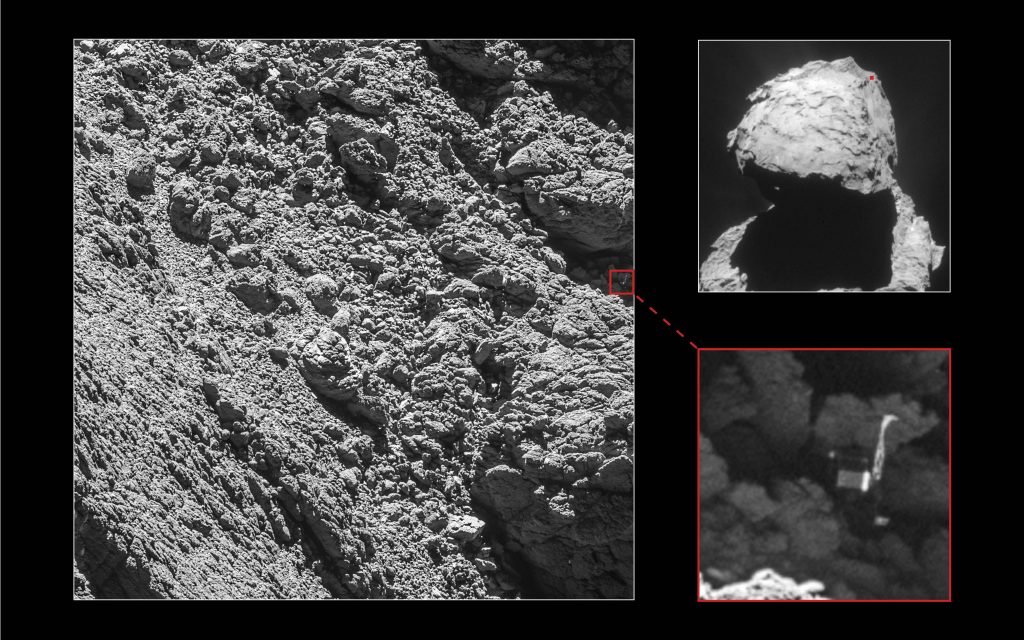 Less than a month before the end of the mission, Rosetta’s high-resolution camera has revealed the Philae lander wedged into a dark crack on Comet 67P/Churyumov–Gerasimenko.

The images were taken on 2 September by the OSIRIS narrow-angle camera as the orbiter came within 2.7 km of the surface and clearly show the main body of the lander, along with two of its three legs.

The images also provide proof of Philae’s orientation, making it clear why establishing communications was so difficult following its landing on 12 November 2014.