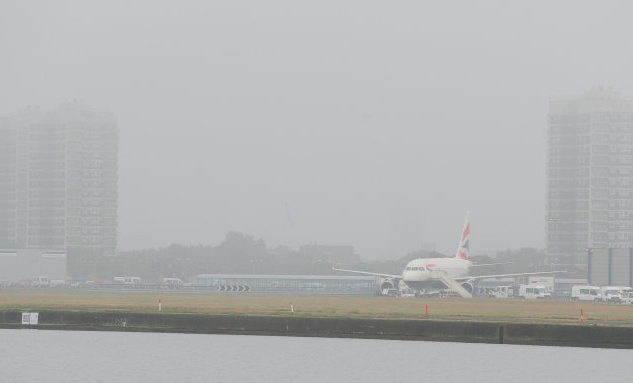 The airport in east London had cancelled 43 arrivals and departures by 9am on Tuesday leaving hundreds of passengers stranded.

Up to 18 flights were also delayed or diverted as fog shrouded the city causing poor visibility.

An airport spokesman said: “Adverse weather is causing delays and cancellations this morning.

Due to poor weather conditions passengers may experience delays & cancellations this morning, check with airline for further flight info.

Flights were also delayed into Gatwick and Stansted airports where there were reports of visibility below 900ft.

Cloud, mist and foggy conditions were expected to persist across London and the south east throughout the day.