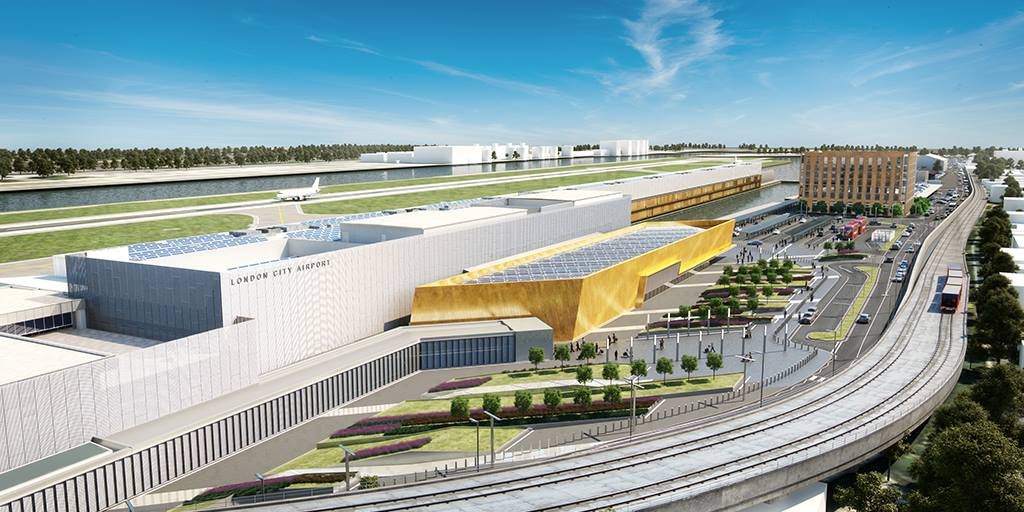 London City Airport has today received planning permission for expansion from the UK Government which will enable the airport to welcome 6.5 million passengers by 2025 and inject £1.5 billion each year into the economy. The City Airport Development Programme (CADP) is a £344 million privately funded investment which includes plans for 7 new aircraft stands, a parallel taxiway and passenger terminal extension.

The development will transform the airport, one of East London’s largest employers in London’s Royal Docks, enabling the airport to welcome quieter, next generation aircraft and add more capacity. Last year the airport, which opened in 1987, welcomed a record-breaking 4.3 million passengers.

Philip Hammond MP, the Chancellor of the Exchequer, and Lord Ahmad of Wimbledon, Aviation Minister, confirmed the Government’s approval during a visit to the airport, following confirmation from Transport Secretary Chris Grayling and Communities Secretary Sajid Javid.

Declan Collier, CEO, London City Airport: “Today, the new Government has shown it is ready to act in the best interests of the British economy.  Expansion at London City Airport will create more than 2,000 new jobs in East London, add much-needed aviation capacity in the South East, and generate an additional £750m per year for the UK economy.  As the airport serving by far the highest proportion of business travellers in the UK (52%), who do some £11bn of trade in Europe annually, today the Government has sent a strong message that London and the UK are very much open for business.  I welcome the decision and look forward to delivering new airport capacity for the South East by 2019.”

The construction phase of development will create 500 jobs and a further 1,600 jobs once completed. Under the plans the airport can add approximately a further 32,000 flights by 2025, movements which are already permitted, helping to unlock more air capacity within London’s airport system in advance of a new runway for the South East of England.

It will also open up opportunities for airlines for longer-haul destinations including The Gulf and Middle East, Turkey, Russia and the east coast of the United States.