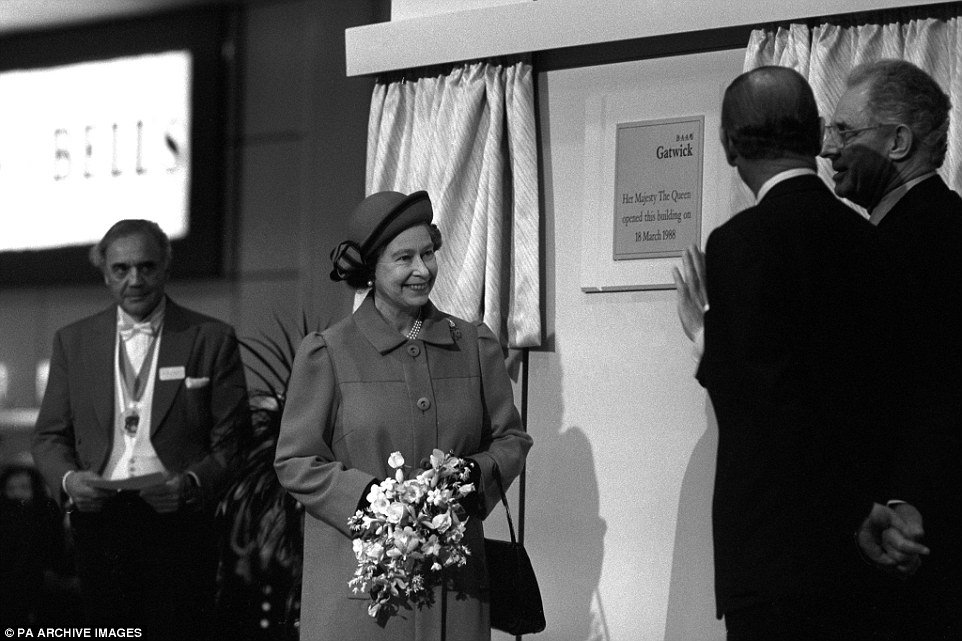 Gatwick is celebrating the 80th anniversary of its first flight today with a look back at some of the famous faces who have passed through.Vintage pictures show Princess Diana in the control tower in 1988, Pope John Paul II kissing the ground in 1982, and John F Kennedy’s arrival in 1963, months before his assassination.

Paris was 1 of 5 routes from Gatwick in its 1st year, the others were Amsterdam, Copenhagen, Hamburg and Malmo. Since then the figure has grown to more than 200 destinations in 90 countries today.

The airport currently has become the busiest single-runway airport in the world, serving a record 41million passengers last year. 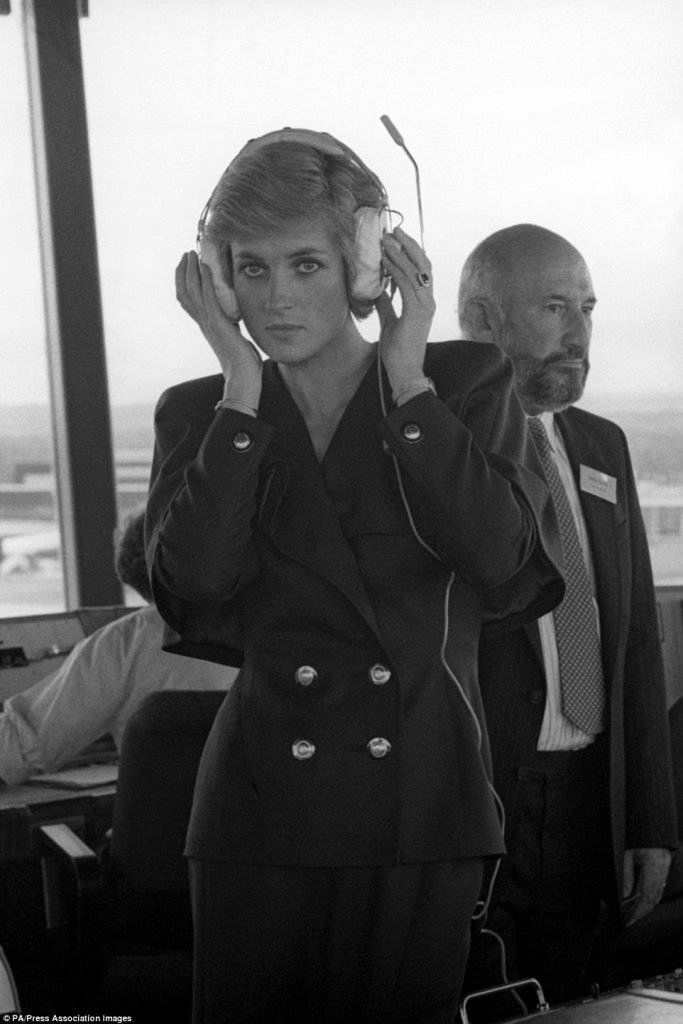 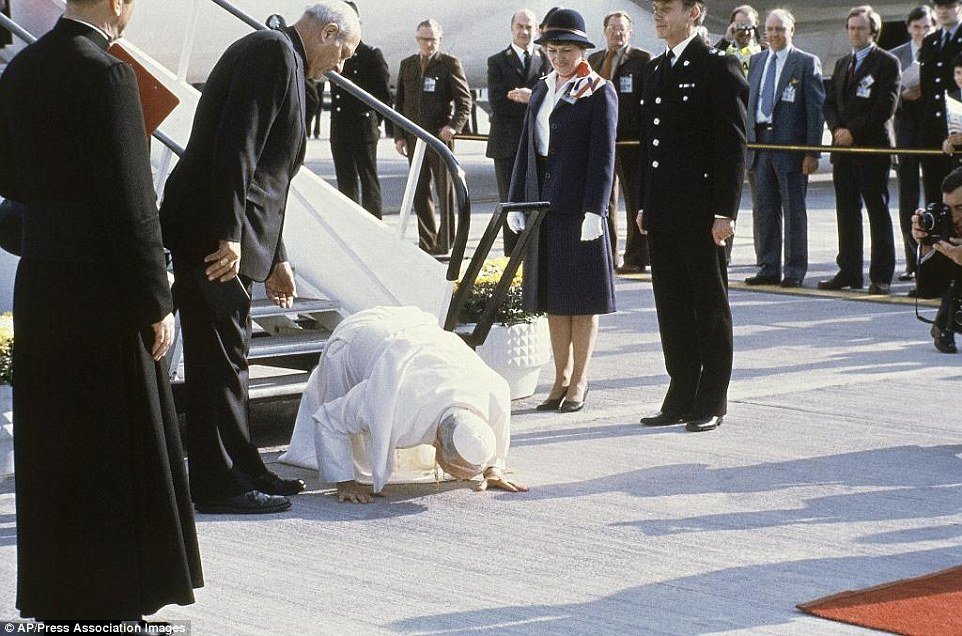 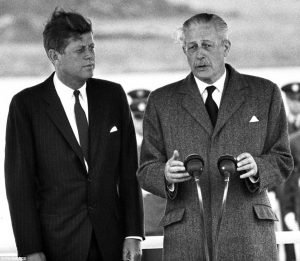 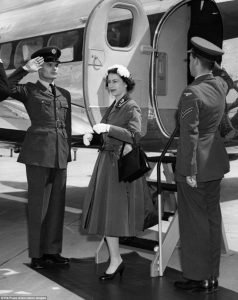 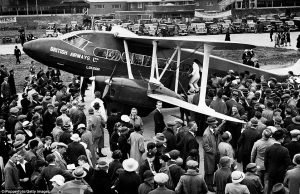 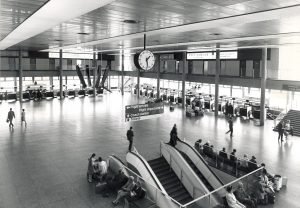 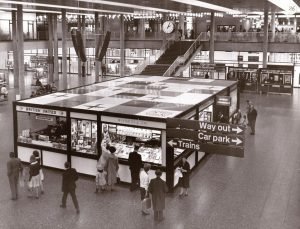 1960s Gatwick was home to shops 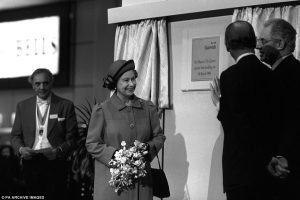 Queen and Prince Philip at official opening of North Terminal in1988 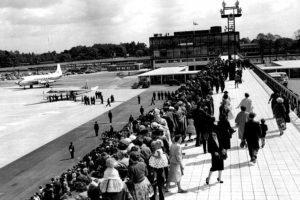