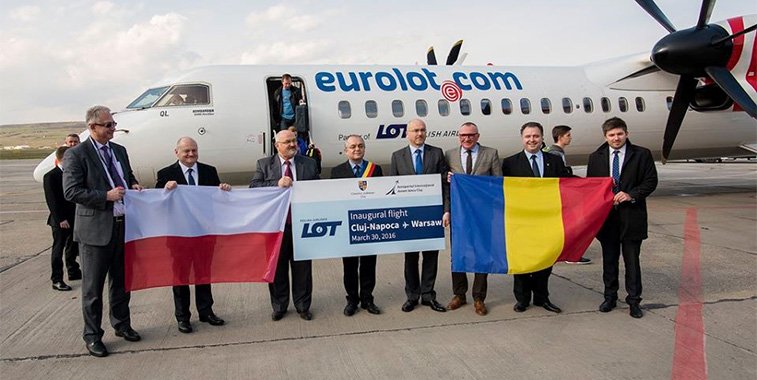 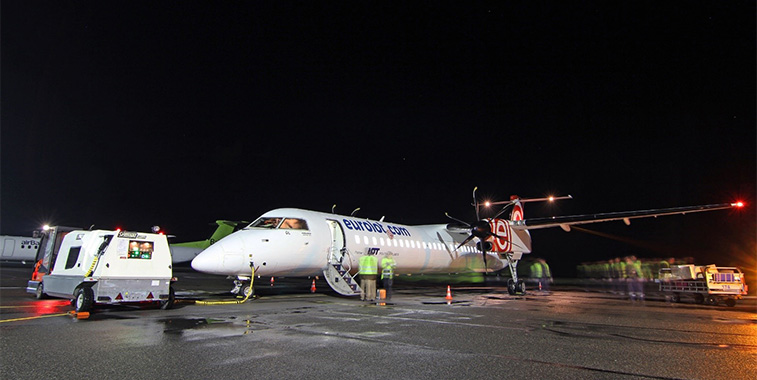 LOT Polish Airlines launched 5 routes on March 30th to expand their network within Warsaw Chopin Airport. They have added the following routes to their portfolio:

The newly opened route from Warsaw – Nice is available every day during the summer season in the following pattern: 10:50 AM-1:25 PM – 2:05 PM-4:25 PM (WAW-NCE-WAW), courtesy of the state-of-the-art Embraer 170/175 airliners. Passengers are able to travel from Warsaw to Košice 6 times a week by evening flight 10:35 PM-11:40 PM (KSC-WAW) every Monday to Saturday. Return flight takes off from Košice Airport to Warsaw every Monday to Friday as well on Sundays at 5:45 AM, arriving in Warsaw at 6:45 AM. Five times every week, passengers are able to take advantage of our convenient flights from Warsaw to Beirut in following schedule 10:35 PM-03:05+1 PM (WAW-BEY) on Mondays, Wednesdays, Thursdays, Saturdays and Sundays.

The morning return flight from Beirut allows passengers to arrive at the Warsaw Chopin Airport at 6:35 AM on Mondays, Tuesdays, Thursdays, Fridays and Sundays. Four times a week, the passengers can take flight to Cluj-Napoca; on Mondays and Saturdays, the schedule is 10:45 AM-1:10 PM – 1:50 PM-2:35 M (CLJ-WAW-CLJ), while on Wednesdays and Fridays, the flights are available according to the following schedule: 2:20 PM-4:45 PM- 5:25 PM-6:10 PM (WAW-CLJ-WAW). Our newly opened route from the Warsaw Chopin Airport to Palanga allows passengers to take a quick evening at 10:30 PM, three times a week – on Mondays, Tuesdays and Thursdays. Our early morning return at 06:15 AM to Warsaw, is designed for convenient access to connecting flights through the Warsaw hub to numerous European destinations offered by LOT as well as to many long-distance routes. “We have already opened more than a dozen connections on completely new routes; we have also made our way back to a few major European airports. We have also completed the long-awaited first flight from Warsaw to Tokyo. This rapidly developing flight network forms the crucial part of our long-term development strategy until the year 2020. Our extensive array of available flights, our convenient connecting flights at the Warsaw hub with a minimum transfer time of 30 minutes, our state-of-the-art fleet and our supreme service quality have made it possible for LOT to develop a great reputation both with passengers from all across Poland and from other European countries” – says Adrian Kubicki, Acting Executive Director and Spokesperson.

At the end of March, LOT increased the frequency of flights to other attractive destinations, including Athens, Barcelona, Yerevan, Belgrade, Zagreb and Chisinău as well as local flights between Gdańsk and Cracow. Other exciting destinations – the ancient seaside cities of Split and Zadar in Croatia – will become available in late April and early May 2016. Within LOT’s summer season, they have added routes to Venice, Barcelona, Athens, Luxembourg, Düsseldorf, Yerevan, Zurich, Ljubljana and Kharkov as well as the long-distance connection to Tokyo, but instead of slowing down, it is continuing to expand at an even faster pace!