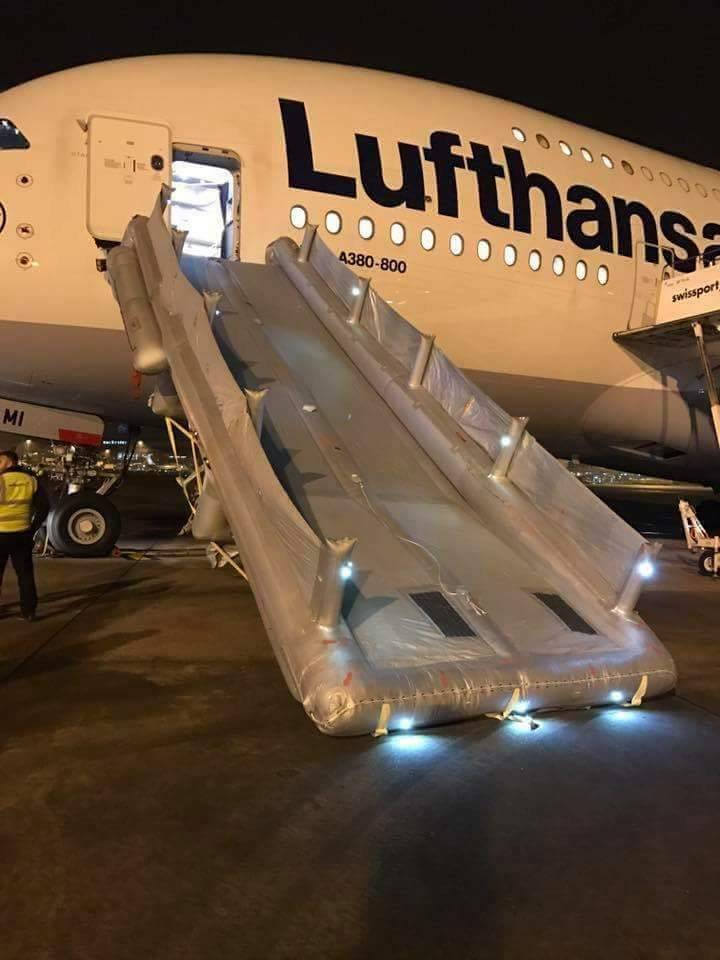 The emergency slide of Lufthansa Airbus A380 was accidentally deployed on stop at Manchester Airport for a crew change.

No passengers when it landed at Manchester early Tuesday morning and it’s not yet known how the inflatable evacuation slide – usually only activated in an emergency landing – was released.

The Airbus A380 had flown in from Houston for a crew change before to continue to Frankfurt.

The flight delayed by four hours as a result while the slide was removed.

“An Airbus A380 (registration D-AIMI) was on a ferry flight from Houston to Frankfurt, with a planned landing at Manchester Airport.

After the landing, Tuesday morning, while opening one of the doors, the emergency slide was accidentally triggered and released.

The slide has been removed and the aircraft continued its flight to Frankfurt.”