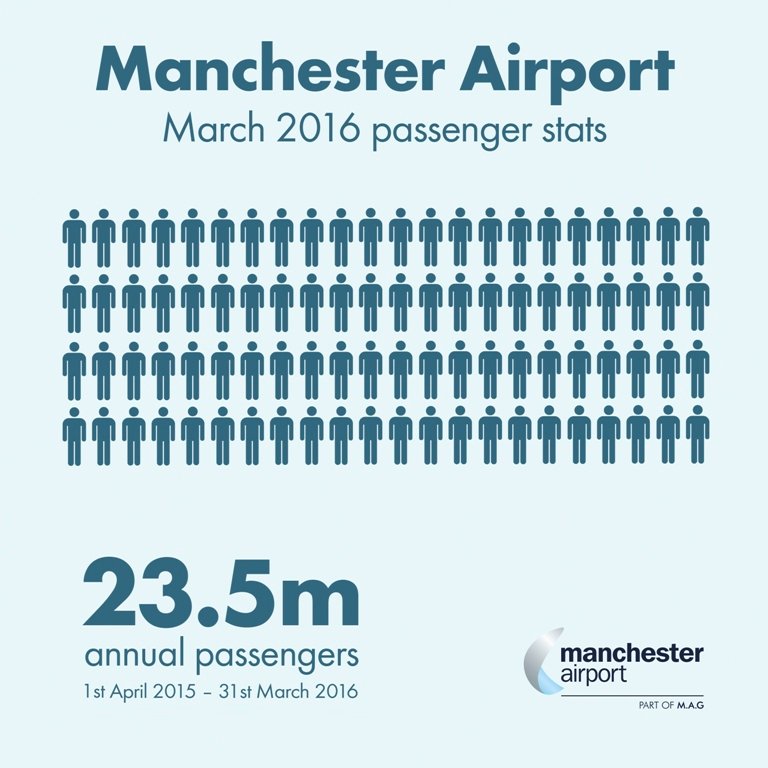 It has been said that the most popular destinations out of MAG’s portfolio of airports were Dubai, Dublin, Amsterdam, Alicante & Tenerife. Aircraft movements in and out of Manchester alone were up by 883 last month, with 13,736 planes taking off and landing on the airport’s 2 runways. Ken O’Toole, the Managing Director at Manchester Airport said:  “The continued strong growth at Manchester Airport is incredibly positive and benefits not only the airport and our passengers, but the entire region. As new routes come to fruition and passenger numbers increase, in turn jobs are created and inbound tourism spend is injected into the region. Manchester Airport currently generates £1.7bn in value for the North West, supports 21,500 jobs on site and a further 45,000 indirectly and we are confident of driving more growth in the years to come. As we move into the summer season, we look forward to a host of new long haul routes starting, which will give our passengers more choice than ever before. This financial year, we will see services to Beijing, with Hainan Airlines plus Los Angeles and Boston, with Thomas Cook, begin. Plus next financial year San Francisco and Boston, with Virgin Atlantic, will launch. Such services are sure to prove popular with leisure travellers, as well as delivering a boost to businesses wanting access to these key markets and, as the year progresses, we look forward to securing yet more vital routes for passengers across the North.”

Manchester Airport are seeking to grow further as there have been new routes introduced onto the airport’s portfolio of routes. In 2016, routes to Beijing, Los Angeles, Boston, Aruba, Phuket, Tobago & Mauritius will be launched with San Fransisco to be launched in 2017 accordingly.

Growth was seen across all of MAG’s airports in March. At London Stansted Airport, planes were fuller than last year, with numbers up 13.2%, with 1,892,166 passengers flown. This increase has been driven by Ryanair’s growth and higher load factors. It now takes the airports annual rolling total to 23,183,620 passengers.