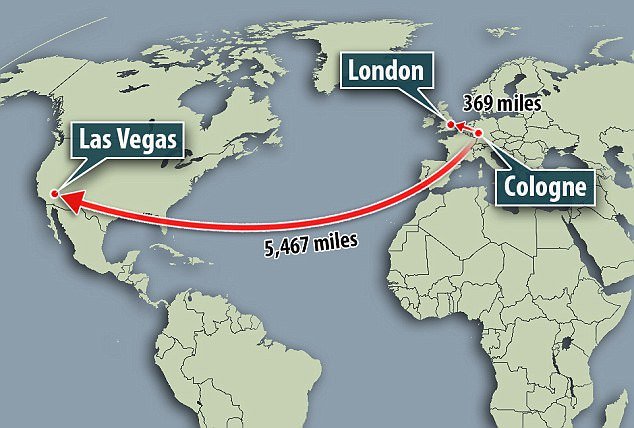 A UK man was questioned in Las Vegas after boarding the wrong Eurowings flight. Samuel Jankowsky said airline staff checked his boarding pass 3 seperate times before he boarded the flight. The pass showed London Stansted as the destination. Mr Jankowsky was returning home from a business trip. After waking up from a quick sleep he noticed that the inflight flight tracker showed the plane flying past the UK. After asking another passenger where the flight was going, he used the planes on-board wi-fi to message his wife to inform her.

After landing at McCarren International Airport he was questioned by immigration authorities. He eventually managed to fly back to Cologne. He was unable to get a flight home from there, so travelled to Mannheim before flying back to the UK from Stuttgart. Mr Jankowsky says he was banned from Eurowings. He arrived back home 2 days later with the adventure costing him an extra £800. Eurowings has said the incident was an error by an employee of a service provider and has since been resolved.