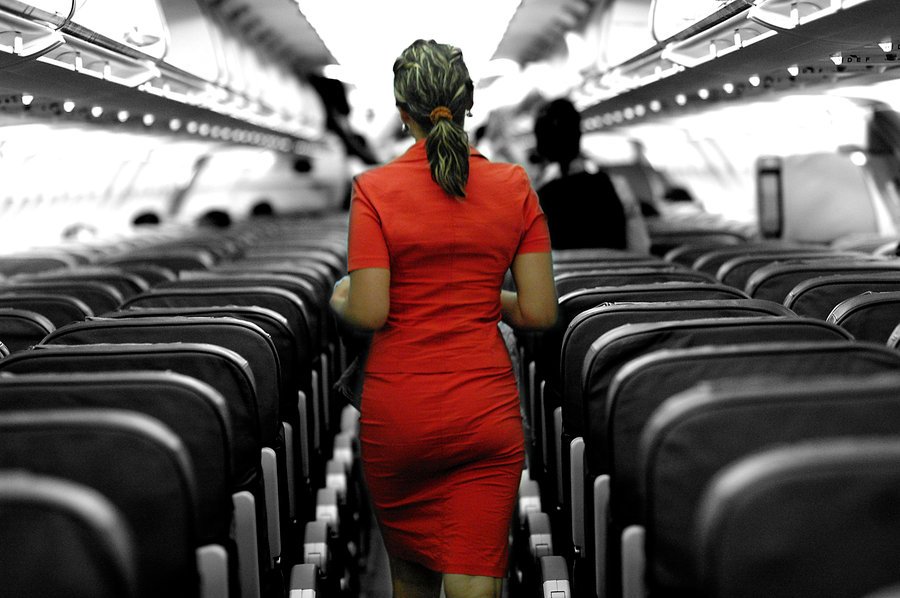 A man has been kicked off a Flybe plane in Dublin Airport after he was caught taking pictures of an air hostess’s bum. Airport police were called when a staff caught the man taking the photographs with his mobile phone, but when asked to delete the snaps, he said that he “wasn’t able to”.

The Independent report that the incident took place during the pre flight safety demonstration on the Dublin to Cardiff flight.

“Just before take-off, while staff were going through the safety demonstration, a worker claimed that a man was taking pictures of her. The individual was asked to remove the pictures. He initially refused to, but then said that he wasn’t able to, which is hard to believe. Security staff were then called,” a source said.

The man was not arrested and it’s believed that no further action will be taken.