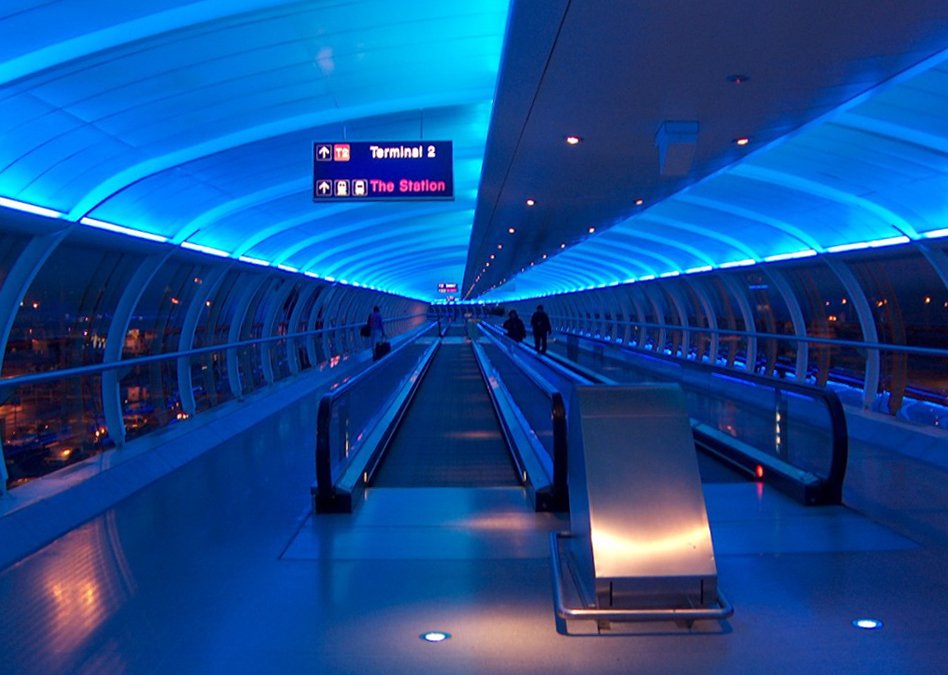 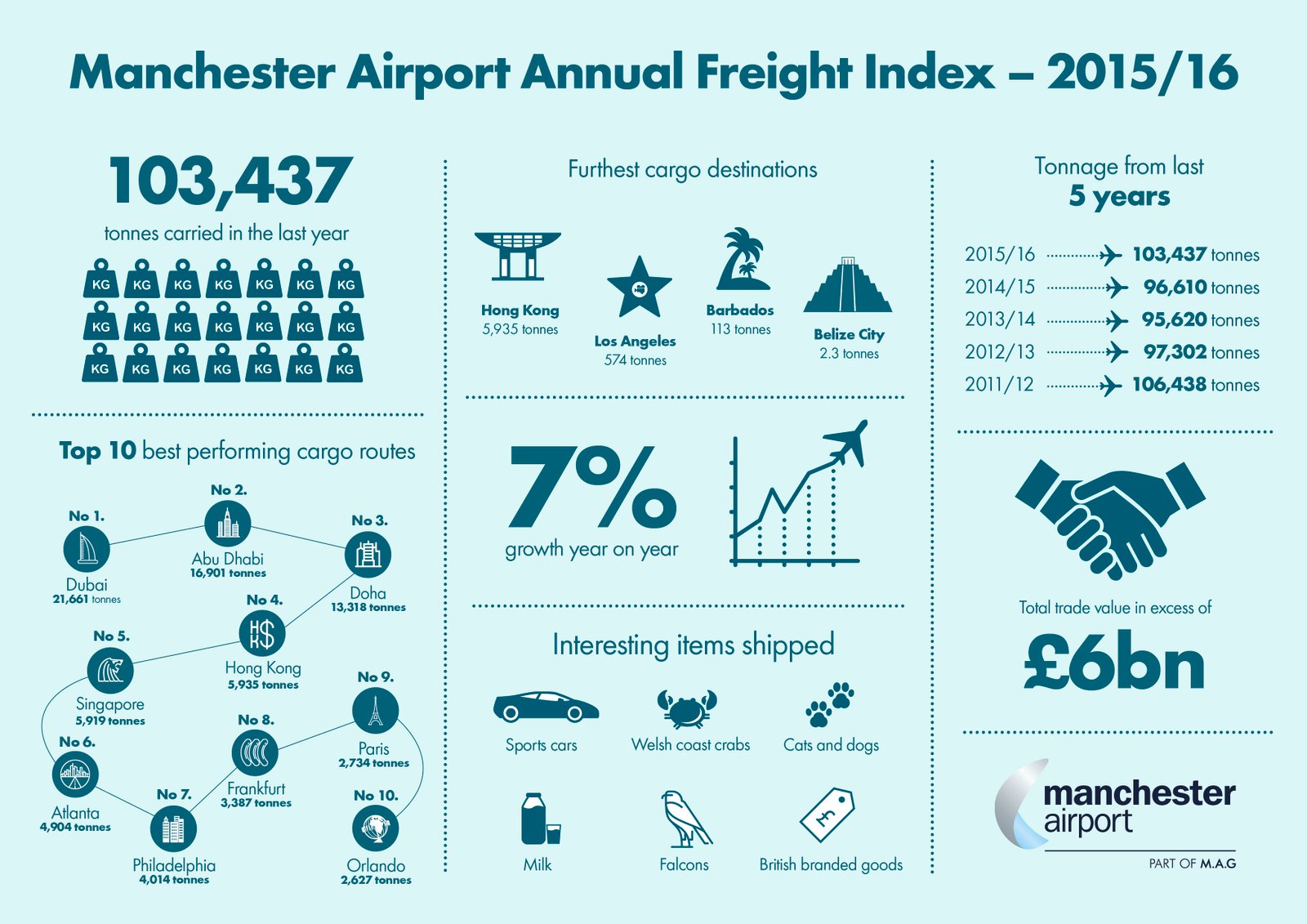 The growth in long haul flights to key markets from Manchester Airport has delivered a significant trade boost to the region, figures have revealed.

The last financial year was the best for freight at Manchester Airport since 2011, with 103,437 tonnes of cargo shipped to destinations across the globe.

That was up seven per cent on the previous 12 months and means the total value of trade delivered to/from the airport in the last year was £6,028,161,552.

And Cathay Pacific’s direct service to Hong Kong – launched in December 2014 – has proved to be an important trade route for the region. Nearly 6,000 tonnes of cargo were shipped to the Chinese destination last year.

“Many of our long haul routes are not available from any airport outside of London and these figures demonstrate how these services do not just offer more choice for leisure passengers, they deliver direct trade benefits to the region.

“This underlines they airport’s role as an key enabler of growth and we expect the launch of more long haul new services to the likes of Beijing, Los Angeles, Boston and San Francisco to drive up export volumes in the coming months and years.”

Conan Busby, Business Development Manager – Cargo and General Aviation from Manchester Airport said: “It is incredibly pleasing to see such strong cargo growth at Manchester Airport in the last financial year and is testament to increased confidence in the industry.

“With our World Freight Terminal, which is 30 years old this year, and our expanding Airport City global logistics hub, we are well placed to serve any type of cargo need for a whole range of products or customers.

“As this year progresses we predict this increase will continue and the main trends will be further growth in the e-commerce industry with China and the Middle East being huge growth markets.

The increase is being attributed to the growth in belly-hold freight with massive growth coming from Manchester Airport’s Middle Eastern carriers. Etihad Airways has upgraded its aircraft to a B777-300er from an A330, which has additional cargo capacity. Plus other carriers like Cathay Pacific, Saudia and Qatar have seen growth in their available capacity.

Asia is also a massive market with a key growth driver for UK export being e-commerce. This is due to the rise and popularity of the likes of Amazon Prime, Alibaba and Net-a-Porter.

Emirates has also had an excellent year for cargo at Manchester Airport and has carried an interesting array of items between the Northern gateway and Dubai including a number of high cost, luxury items. These include cars such as a Lamborghini, several Bentleys and a Jenson Interceptor. The airline also shipped a £500,000 Speedback GT, which had been built specifically by David Brown Automotive to wow visitors at an event at the Dubai World Trade Centre in November.

Looking forward, this year Emirates will also be transporting several tonnes of Welsh coast crabs to China each week, which are exported to Beijing and Shanghai.

Due to the high volume of expats in Dubai, Emirates also moves approx. 50-75 tonnes of foodstuffs from UK manufactures, to stock supermarket shelves in the Middle East. This ensures Brits can still get a taste of home while living in the United Arab Emirates.

The strength of the Manchester export economy clearly reflected in Emirates SkyCargo export figures, which continue to go from strength to strength. With a cargo network spanning over 150 destinations through Emirates hub in Dubai, the airline connects businesses in the North West with economies across the globe.

Manchester Airport sends cargo all across the globe and the top ten best performing freight routes in the last year were:
· Dubai – 21,661 tonnes

It is predicted this growth will continue as the new financial year progresses, and as best use of existing and new cargo capacity at Manchester Airport is used. This next year alone sees a wealth of new long haul routes come to Manchester Airport, each with their own belly-hold capacity. This includes Hainan Airlines to Beijing (which starts in June), plus Virgin Atlantic to San Francisco which starts in 2017.