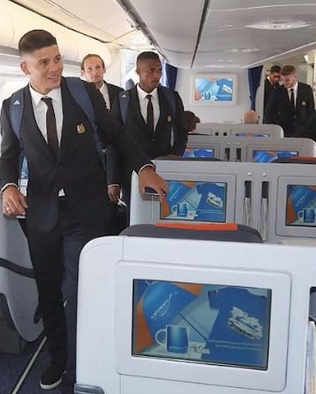 Memphis Depay, the team’s winger, posted on his Facebook page that they were “lost” after adverse weather had forced their charter flight to land.

United had left Shanghai, where they were staying on the first leg of their pre-season tour of China, for Beijing. They are due to face Manchester City in the International Champions Cup at the National Stadium in the Chinese capital on Monday lunchtime.