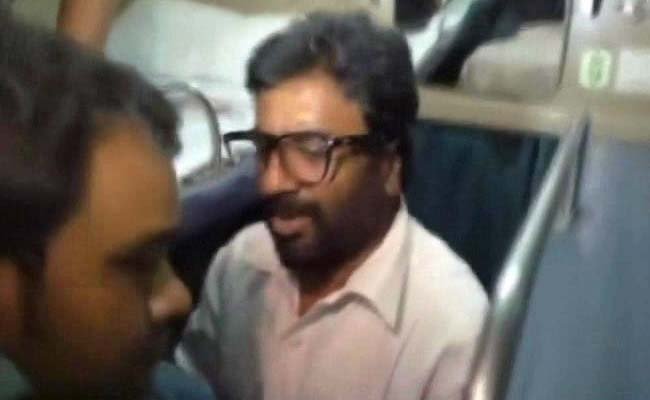 Five Indian airlines have banned a member of the country’s parliament after he beat a 60-year-old Air India staff member with a shoe 25 times.

The MP, Ravindra Gaikwad, was traveling from Pune to Delhi Friday and lost his temper when staff apparently refused to upgrade his seat to business class. The plane he was traveling on had no designated business class, and the airline warned his PA ahead of time about the change, the Hindustan Times reported.

Gaikwad beat the man so hard that he fell down, according to the report.

Indigo, Air India, SpiceJet, GoAir and Jet Airways, all part of the Federation of Indian Airlines, an apex industry body, blacklisted Gaikwad, 56, who refused to apologize. The MP’s ticket for his return flight from Delhi to Pune was canceled by Air India after the ruckus. Vistara, another airline, also moved to ban the MP, which means he will now likely have to take the train back to Maharashtra.

Gaikwad admitted to hitting the man in an interview with ANI : “Yes, I beat him with a sandal 25 times. Should I tolerate abuses from the media, from the company (Air India) just because I am an MP? I slapped him.”