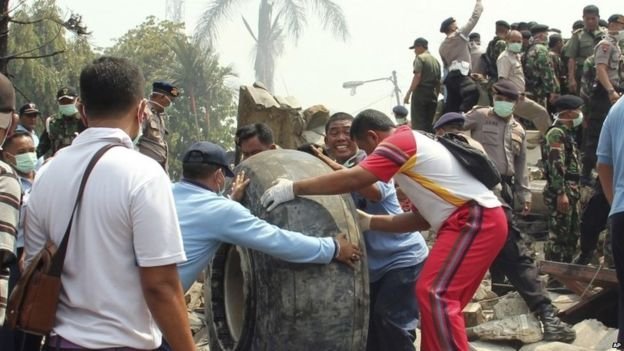 More than 100 people are feared dead after a military transport plane crashed in a residential area of the Indonesian city of Medan.
The Hercules C-130 plane hit two houses and a hotel before bursting into flames creating a huge fireball.
Air Force head Agus Supriatna visited the crash site and told the AFP news agency that there were no survivors among the 113 people on board.
Around 50 bodies have been taken to hospital – others are being recovered.
A major rescue operation is under way at the site which was covered in flames and thick black smoke. 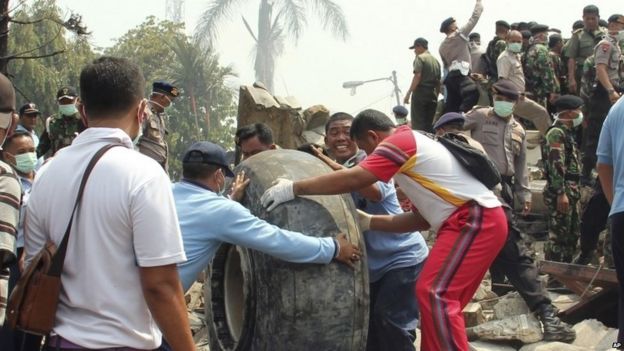 Military personnel removed an aircraft wheel from the crash site on Tuesday
It is too early to know exactly how many people were killed in the disaster, our correspondent says, or what caused it. 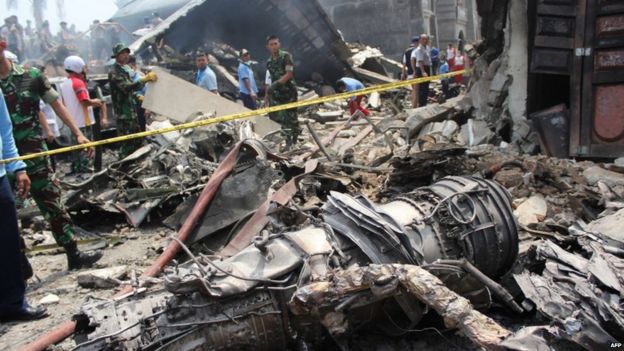 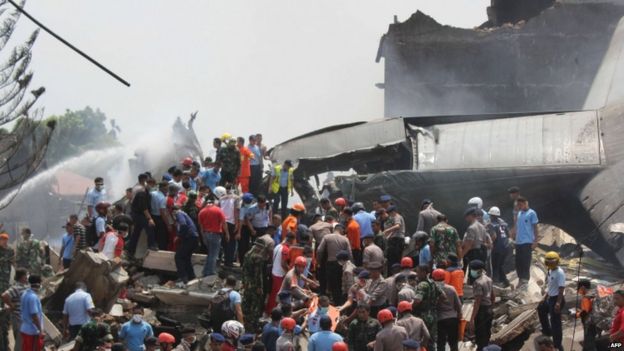 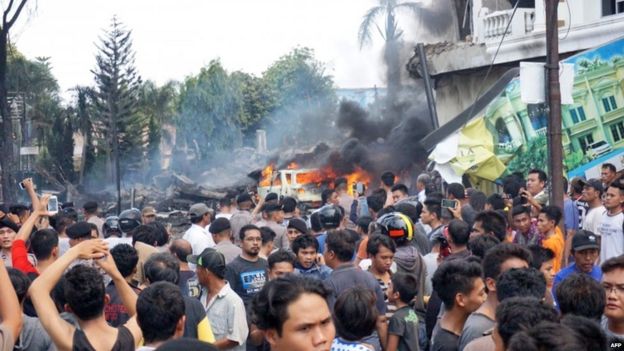 A large crowd has gathered at the crash site

Large crowds watched the emergency services search the flaming wreckage.
The plane had just taken off when it ran into trouble.
“It passed overhead a few times, really low,” a witness told the Reuters news agency.
“There was fire and black smoke. The third time it came by it crashed into the roof of the hotel and exploded straight away.”
Air Force Chief of Staff Agus Supriatna said that the pilot had asked to return to base because of technical difficulties.
“The plane crashed while it was turning right to return to the airport,” he said.
The Hercules transport plane was manufactured in 1964, but a military spokesman said he was convinced that it was in good condition.
Correspondents say that it is the second time in 10 years that a plane has crashed in Medan.
Source: BBC
June 30, 2015
Share this post
Share on FacebookShare on Facebook TweetShare on Twitter Share on WhatsAppShare on WhatsApp Share on LinkedInShare on LinkedIn