NEWS Muslim couple removed from Delta flight from Paris: ‘It was humiliating’ 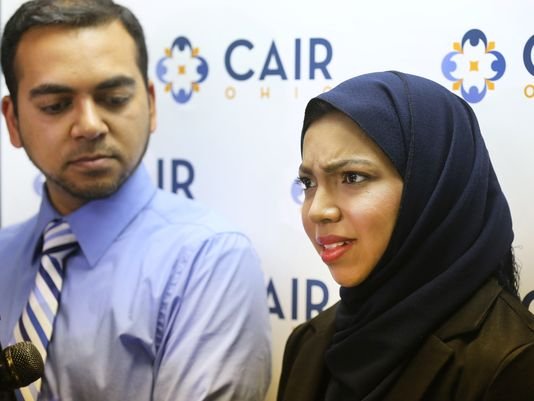 Delta Air Lines says it’s investigating an Ohio Muslim couple’s claim that they were removed from a return flight from Europe after an airline employee singled them out because of their appearance.

A statement from Delta also says the company will issue a full refund of the couple’s airfare for the July 26 flight from Paris to Cincinnati-Northern Kentucky International Airport.

The pilot contacted the ground crew. He would not take off until couple was removed.

“We had been in our seats for 45 minutes,” Nazia Ali, 34, said Thursday from the Cincinnati area office of the Council on American-Islamic Relations. “The ground agent said: `Can you step out with me? We’d like to ask you a few questions.’ So I said, `Do you want us to get our things?’ And he said, `Yes, please grab all of your personal belongings. You’re not going to be on this flight.’

Faisal and Nazia Ali are U.S. citizens originally from Pakistan. They were returning home after visiting London and Paris to celebrate their 10th wedding anniversary.