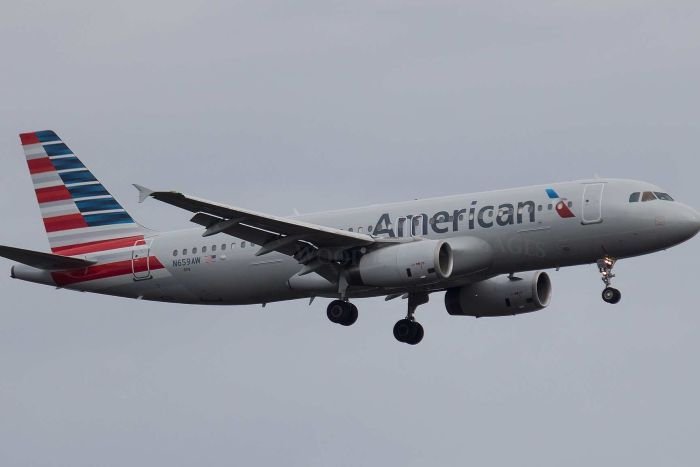 The National Association for the Advancement of Coloured People (NAACP) has issued a travel advisory for African-Americans travelling on American Airlines, stopping short of calling for a boycott. They advise that African-Americans “… exercise caution, in that booking and boarding flights on American Airlines could subject them disrespectful, discriminatory or unsafe conditions. This travel advisory is in effect …. until further notice.” In a press release the NAACP listed 4 recent instances they believe “suggests a corporate culture of racial insensitivity and possible racial bias.”

In response American Airlines CEO Doug Parker said in a memo to American Airlines staff that was released to media, “We fly over borders, walls and stereotypes to connect people from different races, religions, nationalities, economic backgrounds and sexual orientations. … We do not and will not tolerate discrimination of any kind. We have reached out to the NAACP and are eager to meet with them to listen to their issues and concerns.”

“We do not and will not tolerate discrimination of any kind.”

Read more of our response to the NAACP: https://t.co/ewigZgBE8X

The NAACP press release in full:

Calls for Meeting with Airlines to Discuss Troublesome Issues

(October 24, 2017) – The NAACP, the nation’s original and largest social justice advocacy organization, has released the following statement today announcing a travel advisory warning African Americans about their safety and well being when patronizing American Airlines or traveling on American Airlines flights:

“The NAACP for several months now has been monitoring a pattern of disturbing incidents reported by African-American passengers, specific to American Airlines. In light of these confrontations, we have today taken the action of issuing national advisory alerting travelers—especially African Americans—to exercise caution, in that booking and boarding flights on American Airlines could subject them disrespectful, discriminatory or unsafe conditions. This travel advisory is in effect beginning today, October 24, 2017, until further notice.

The series of recent incidents involve troublesome conduct by American Airlines and they suggest a corporate culture of racial insensitivity and possible racial bias on the part of American Airlines.  Among these incidents:

1. An African-American man was required to relinquish his purchased seats aboard a flight from Washington, D.C. to Raleigh-Durham, merely because he responded to disrespectful and discriminatory comments directed toward him by two unruly white passengers;

2. Despite having previously booked first-class tickets for herself and a traveling companion, an African-American woman’s seating assignment was switched to the coach section at the ticket counter, while her white companion remained assigned to a first-class seat;

3. On a flight bound for New York from Miami, the pilot directed that an African-American woman be removed from the flight when she complained to the gate agent about having her seating assignment changed without her consent; and

4. An African-American woman and her infant child were removed from a flight from Atlanta to New York City when the woman (incidentally a Harvard Law School student) asked that her stroller be retrieved from checked baggage before she would disembark.

The NAACP deplores such alarming behavior on the part of airline personnel, and we are aware of these incidents only because the passengers involved knew their rights, knew to speak up and exercised the courage to do so promptly. Historically, the NAACP has issued travel advisories when conditions on the ground pose a substantial risk of harm to black Americans, and we are concerned today that the examples cited herein may represent only the ‘tip of the iceberg’ when it comes to American Airlines’ documented mistreatment of African-American customers.”

“All travelers must be guaranteed the right to travel without fear of threat, violence or harm,” stated Derrick Johnson, President and CEO of the NAACP. “The growing list of incidents suggesting racial bias reflects an unacceptable corporate culture and involves behavior that cannot be dismissed as normal or random.  We expect an audience with the leadership of American Airlines to air these grievances and to spur corrective action.  Until these and other concerns are addressed, this national travel advisory will stand,”

If you have recently experienced a concerning travel irregularity on American Airlines on another provider and would like to report it, please do so here.”

Of all the really important things our team members do – and that list is long – bringing people together is at the top. We fly over borders, walls and stereotypes to connect people from different races, religions, nationalities, economic backgrounds and sexual orientations. We make the world a smaller, more inclusive place. And we do it professionally and safely every day for more than 500,000 customers across five continents.

So, we were disappointed to learn of a travel advisory issued by the NAACP regarding American Airlines. The mission statement of the NAACP states that it “seeks to remove all barriers of racial discrimination.” That’s a mission that the people of American Airlines endorse and facilitate every day – we do not and will not tolerate discrimination of any kind. We have reached out to the NAACP and are eager to meet with them to listen to their issues and concerns.

As we work through this in concert with the NAACP, please keep doing the great and noble work you always do: treat our customers and each other with respect; connect diverse groups of people with each other and allow them to see the world; make the world a smaller and more open place; and do it professionally and safely.”