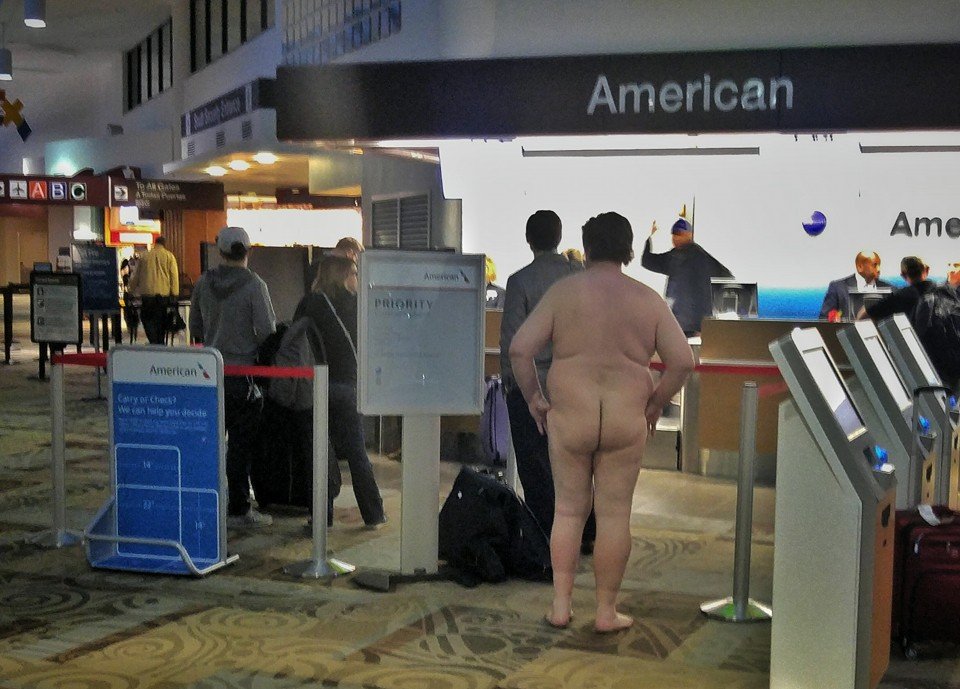 A 53-year-old Nashville man has been charged with indecent exposure after walking into Nashville International Airport naked.

According to witnesses and police, Eric Brian Cherry was found in the airport standing fully naked in the terminal in front of the American Airlines counter. Cherry tried to walk up to the counter in front of several people to try and buy a ticket. Police found Cherry and placed him under arrest but not before finding his car and retrieving his clothes.

So this just happened at Nashville airport. I walked up to him and said “You’re amazing.” He replied, “Thanks.” Then…