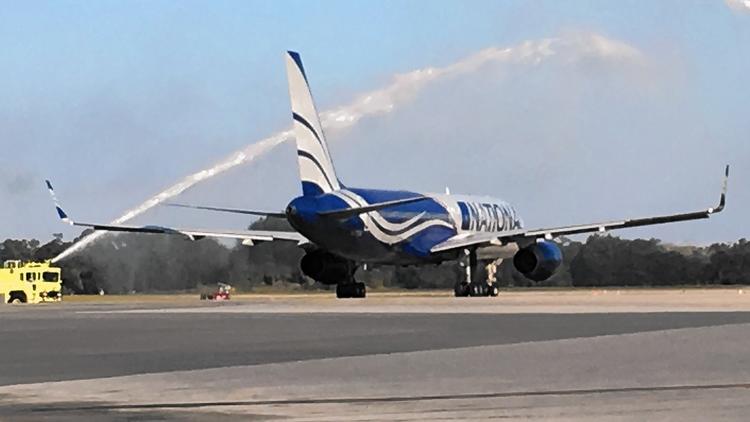 Picture from the Orlando Sentinel.

After launching their first passenger service in Orlando, National Airlines are to expand their connections by adding flights from New York, Islip & Puerto Rico. They were to initially launch these routes on July 1st but due to an increase in demand & growth, the airline have brought it forward by a month, to June 1st.

National Airlines’ first passenger service was launched last year from Orlando Sanford and served destinations in Canada such as Windsor, Ontario; St John’s, Newfoundland & Labrado. National Airlines has worked for more than a decade with the DOD & DOT to secure these routes. The Puerto Rico service will be launched from Long Island MacArthur Airport.

“We’re thrilled to offer an entirely new service that highlights the advntages and ease of flying from Long Island MacArthur Airport, as opposed to flying from other congested tri-state airports,” said Angie Carpenter, the airport’s supervisor, in a news release.