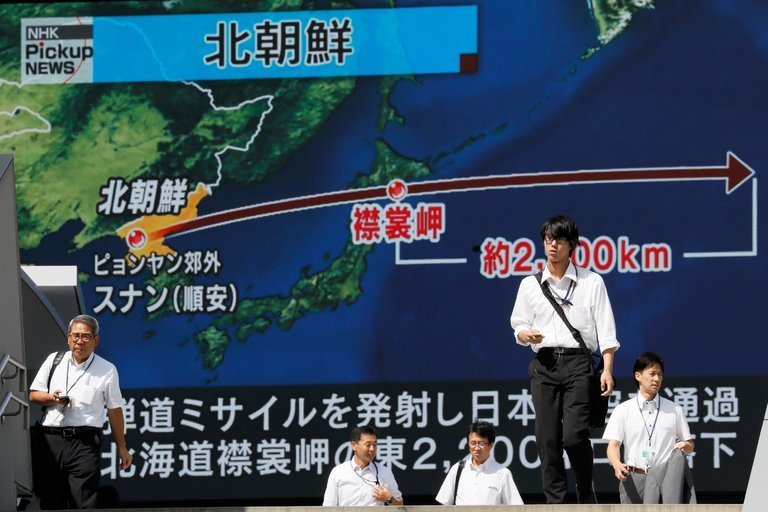 North Korea fired what is presumed to be an intermediate-range ballistic missile.

It flew over Japan before landing in the North Pacific Ocean, according to military authorities here.

The missile launch came days after the UNSC unanimously adopted a new set of sanctions against the North for its sixth and most powerful nuclear denotation test on Sept. 3.

The spokeswoman still urged restraint among the countries involved in the North’s nuclear issue, calling on them to not take any action that could heighten tensions on and around the Korean Peninsula.

She added that China will “fully” and “strictly” carry out those actions as it remains opposed to the North’s missile provocations.