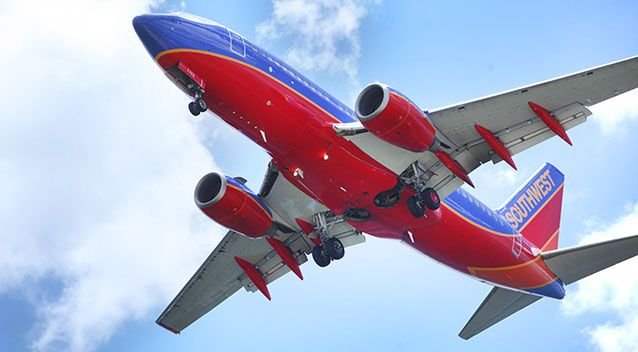 Video has emerged of a passenger being forcibly removed from Southwest fight 1525 in Baltimore on 25 September 2017. The forced removal came after she asked that 2 dogs be removed from the plane. The passenger told airline staff that she has a life-threatening allergy to dogs. She requested the dogs be removed because she had to be in LA the next morning as her father was undergoing surgery. The airline offered to re-book her flight for the next day – it was the last flight of the night.

Southwest told media that she didn’t have any documentation to prove her allergy, so she was asked to deplane and refused. In statements to media Southwest said:
“There was one emotional support animal and one pet onboard the aircraft. Our policy states that a Customer (without a medical certificate) may be denied boarding if they report a life-threatening allergic reaction and cannot travel safely with an animal onboard. Our Flight Crew made repeated attempts to explain the situation to the Customer, however, she refused to deplane and law enforcement became involved.

“We are disheartened by the way this situation unfolded and the Customer’s removal by local law enforcement officers.  We publicly offer our apologies to this Customer for her experience and we will be contacting her directly to address her concerns. Southwest Airlines was built on Customer Service, and it is always our goal for all Customers to have a positive experience”

A passenger, Bill Dumas, recorded footage of the removal.

Mr Dumas also told media “People really got the sense that the officers didn’t have another option.”

The passenger was charged with disorderly conduct, failure to obey a reasonable and lawful order, disturbing the peace, obstructing and hindering a police officer and resisting arrest. She was released on her own recognisance.