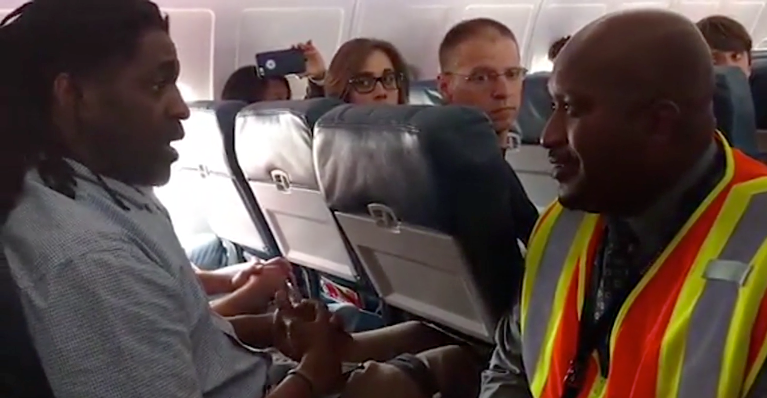 Passengers recorded video of a man being kicked off a Delta flight to Milwaukee last week after he used the bathroom while the plane was preparing for takeoff.

Kima Hamilton says the plane was delayed and he couldn’t wait any longer to use the restroom.

On the video, Hamilton tells the first worker: “It’s almost ironic that we don’t have the ten minutes to have this conversation, but we have an hour and a half to stall everyone.”

After a second Delta worker talks to Kima for several minutes, Kima decides to leave – and he’s greeted by FBI agents who decide not to arrest him.

Delta refunded part of Hamilton’s ticket cost – but he was left to find his own way back home to Milwaukee.