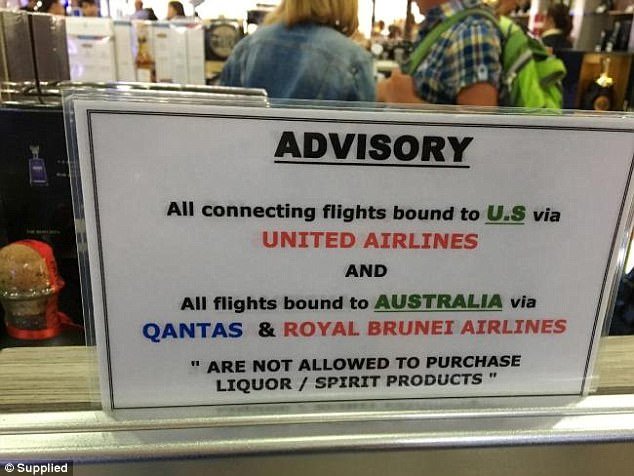 Qantas has banned passengers flying to Australia out of the Philippines from bringing duty free alcohol and other liquids on board over terrorism fears.

The airline is even conducting its own bag searches at Manila Airport departure gates as a last line of defence after upgrading it to the highest risk level.

Heightened security follows ISIS-linked militants taking over the city of Marawi in the country’s south in May, killing at least 550 people.

Containers holding more than 100 millilitres were already confiscated at security but Qantas now refuses anything over that size even if it was bought airside.