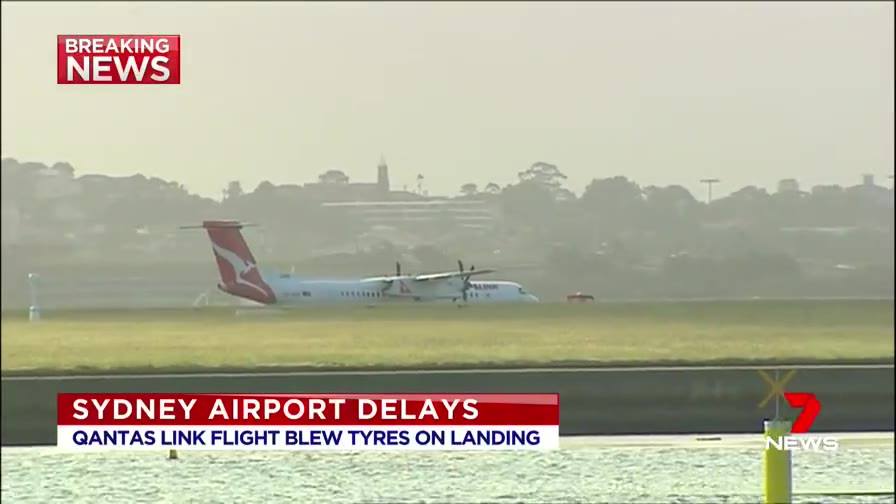 Qantas flight QF2123 was operated by a Bombardier Dash 8 with registration VH-QOV when it blew two tyres upon landing runway 16L.

The runway was closed down for over an hour as engineers cleared the runway of debris and safely tow the aircraft off the runway.

Sydney Airport confirmed on Twitter at 5:23pm that the airport’s runway 16L had been shutdown.

Runway 16L is temporarily closed until the aircraft can be moved. Thanks for your patience. https://t.co/FLrEa6YUjm

Over 40 flights were disrupted and some of those were diverted to other airports for required re-fuelling.

Just after 6:00pm, The airport later confirmed on Twitter that the aircraft had been towed away and the runway was re-opened.