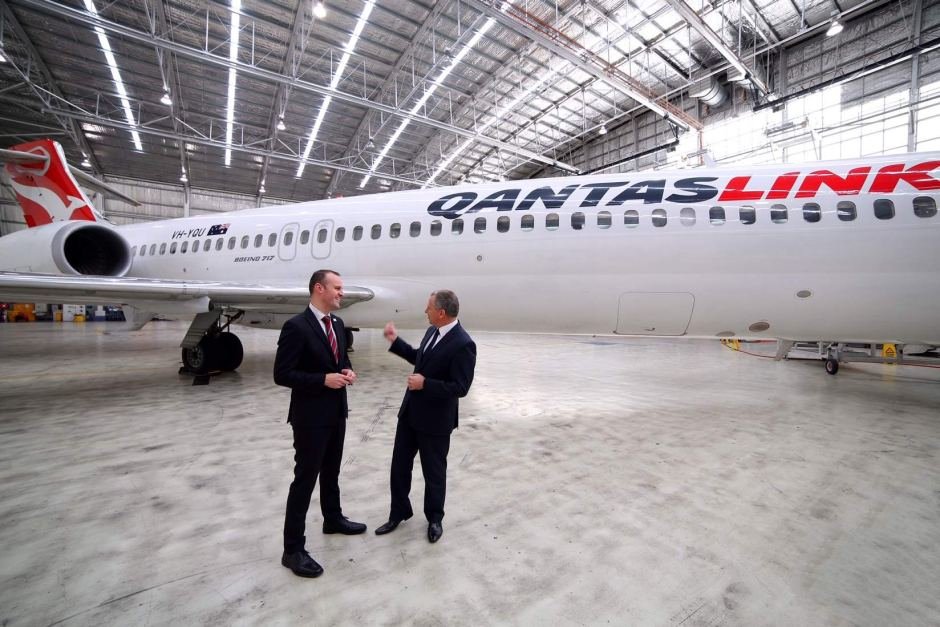 QantasLink has announced plans for a Boeing 717 heavy maintenance base to be built in Canberra saying the move will create 40 skilled engineering roles in the capital.

Mr Gissing said from October, Canberra would be at the heart of QantasLink’s Boeing 717 engineering operations.

“[The base] will complement our increased flying out of Canberra with this aircraft type and allow us to better utilise our existing assets at Canberra Airport,” he said.

About 260 Qantas Group employees are already based in the ACT.

Heavy maintenance checks are detailed checks of the aircraft, performed every two years on the Boeing 717.

QantasLink said on average, it took about 28 days and 5,500 man hours for a Boeing 717 to have a heavy maintenance check.

Mr Barr said today’s announcement meant the heavy maintenance for QantasLink’s entire Boeing 717 fleet of 18 aircraft would occur in the ACT for at least the next five years.

He estimated the value to the ACT economy would be about $5 million a year.

“I am aware that QantasLink had a number of cities to choose from, but we put a strong case to them to bring this investment to Canberra,” Mr Barr said.

“It’s fantastic to see yet another global company giving a major vote of confidence in the ACT.”