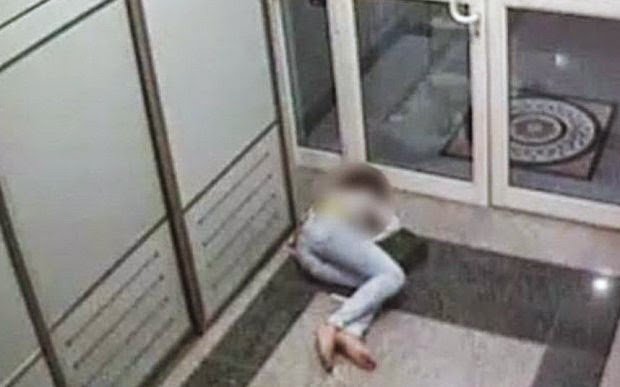 It is quite possibly the most awkward email you could ever receive. A message from your boss to your colleagues appears in your inbox, showing you appearing to have passed out after a night out.

Rossen Dimitrov, a vice president at Qatar Airways, sent such a photo of a senior flight attendant lying outside a door in Doha to fellow cabin crew in an email expressing his “disappointment” at the sight.

The email was sent to remind staff that appearing to be drunk in the Gulf country is highly disrespectful, according to a Qatar Airways spokesman.

The woman was apparently found in a “state of incapacity” at the doorway of a Qatar Airways staff building.

Dimitrov attached the image to an email while claiming to be “ashamed and disturbed” at the behaviour, adding that the woman later had to be carried up to her apartment by other crew members.

“The vast majority of our cabin crew would themselves be disappointed at the idea that one of their colleagues should get into this situation, since they share our pride in the reputation of our team, and they would also, as we are, be very concerned about the safety implications for someone in this position,” a Qatar Airways spokesman said in a statement.

“In Doha, the consumption of alcohol is not permitted for nationals and, although drinking is permitted for foreigners, being seen to be drunk would be considered highly disrespectful – it would have negative implications for both the individual and those associated with them.”