RAF Typhoons intercepted a Russian Bear bomber as it approached UK airspace yesterday, the second flypast by aircraft from Vladimir Putin’s air force in three days, the Ministry of Defence said.
The Soviet-era Tupolev Tu-95 aircraft, flying in international airspace was met by the fighters from RAF Lossiemouth in Scotland and “escorted … through the UK flight information region”, an Mod spokeswoman said. 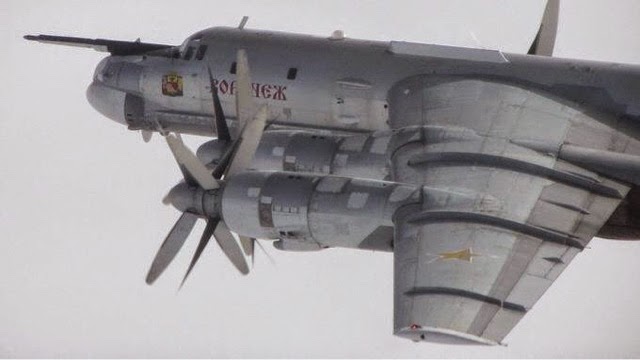