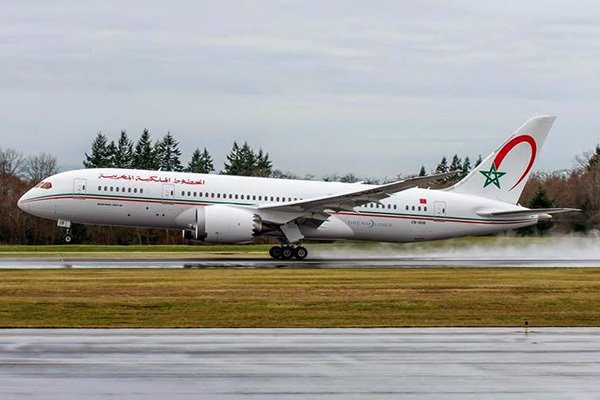 Royal Air Maroc, which is based at Casablanca but has Marrakesh and Tangier as focus cities, took delivery of its first Boeing 787-8 Dreamliner on the 2nd January. Registration CN-RGB. The new aircraft has arrived at the base Casablanca.

The aircraft flew direct from Paine Field to Casablanca overnight arriving on the 3rd January.

The new aircraft will be introduced on the Casablanca-Paris Orly route from 20th January (the route originally was planned for 8th January). The airline has Paris Orly as a focus city which flies to 10 Moroccan destinations.

The airline next will begin to operate to Montreal starting on the 29th March, then to Algiers on the 14th June and finally begin to Jeddah on the 16th June.

The 787 is expected to eventually operate to Beijing, New York and Sao Paulo.