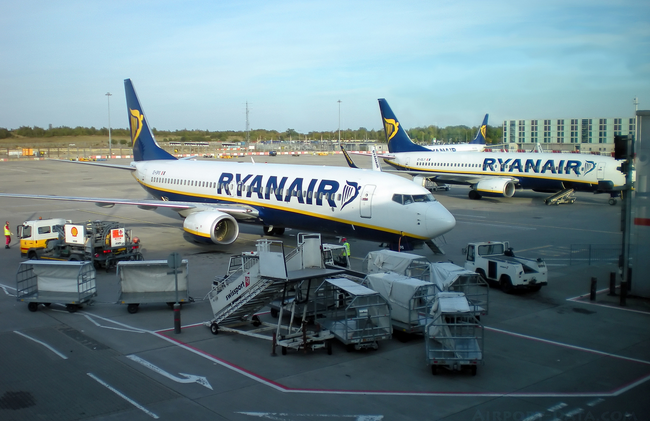 The no-frills airline is considering to tie up with other airlines on longhaul routes which could signal the end of the Irish airline’s own longhaul ambitions.

Ryanair is thinking of a shake-up of London Stansted airport by inviting the long haul carriers to work with the airline on international and short haul connections.
Ryanair’s chief executive Michael O’Leary said that he was holding talks with the airport about boosting the airport’s passenger numbers and has offered to provide European connections for passengers on the bigger airline carriers’ long-haul flights.
“One million people fly every year to New York from the London area but none of them come through Stansted, so that has to be looked at” the managing director of Stansted, Andrew Harrison, said at a press conference in London.
The move could be seen as an end to the dreams of Ryanair’s to run long haul operations, with Mr O’Leary saying that the Irish airlines was unlikely to run the low-cost flights in the next four to five years.
Stansted has confirmed that discussions have been taking place with all of Europe’s major long haul carriers.
January 22, 2015
Share this post
Share on FacebookShare on Facebook TweetShare on Twitter Share on WhatsAppShare on WhatsApp Share on LinkedInShare on LinkedIn