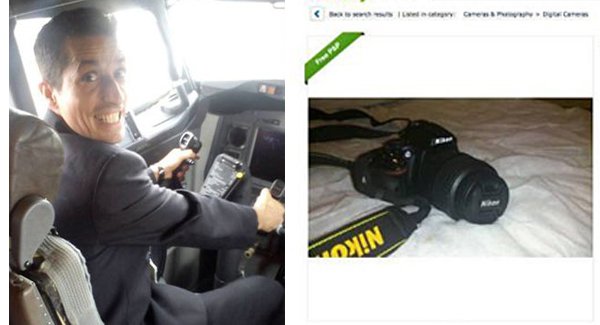 A Ryanair steward who found a passenger’s camera on a flight has been fined and given 100 hours of community service after he was tracked down by his victim on eBay. 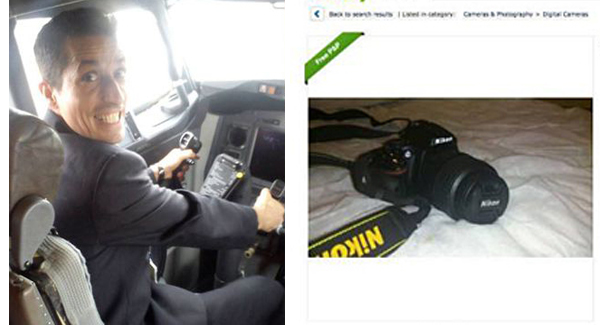 Fernando Miguel Andrade Viseu. Pic: SWNS
Ryanair have also sacked Fernando Miguel Andrade Viseu, 34, who had pinched a £499 Nikon camera after it was left on the seat of a plane that landed at Prague.
The victim, 23-year-old teacher Aaron Galloway, was at the airport at the start of his three-day city break when he discovered he had forgotten his camera.
Ground crew phoned the flight attendants within minutes but cabin crew said there was no sign of it.
When he got home after his break, Aaron went on eBay looking for a replacement, but saw his camera for sale with just 33 minutes left of the auction.

Pic: SWNS
Aaron, a primary school teacher, messaged the seller, Viseu, to say he wanted it back.
Aaron said: “It was a three day auction starting the same day I lost my camera, and the item location was Stansted. I knew it was mine because the description with the strap, the lens, the battery, the memory card – all mine.” 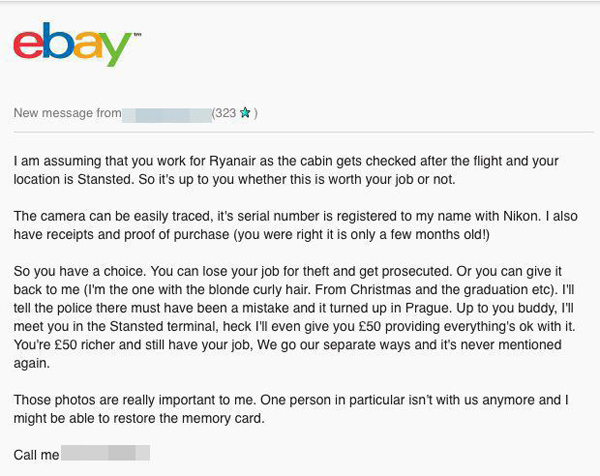 Pic: SWNS
Aaron said: “When I saw it on Ebay I couldn’t believe it.
“I was angry with Ryanair to be honest. How can they not notice someone just taking things off the seats?
“He had deleted everything from the camera – photos of Christmas, of a family member who had passed away and my graduation – all wiped.
“He admitted he worked for Ryanair and had taken my camera. I was pretty surprised because actually he could have ignored me and there was nothing I could have done. But he said he was really sorry.”
The Portuguese-born Viseu begged Aaron not to tell police and said he would lose his job. 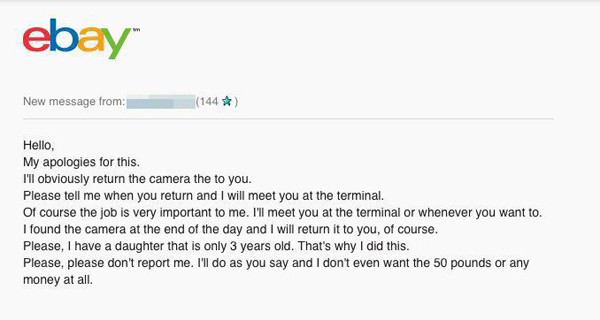 Pic: SWNS
However, after the victim checked Viseu’s eBay profile and found he’d sold 118 items in the past few months, he showed it to officers who raided his home near Stansted and found the camera.
Viseu was charged with the theft and stealing a Kindle from an unknown owner and pleaded guilty in court in the UK.
A spokesman for Essex Police said: “We arrested a 34-year-old man from the Stansted area on Friday, February 20 on suspicion of theft.
“He was taken to Stansted area police station where he was interviewed and subsequently charged with theft of a camera and a Kindle.”
Ryanair said: “While we don’t comment on legal matters, we can confirm that this individual no longer works for Ryanair.”
Source: BreakingNews.ie
Category: NewsBy admin4493April 16, 2015
Share this post
Share on FacebookShare on Facebook TweetShare on Twitter Share on WhatsAppShare on WhatsApp Share on LinkedInShare on LinkedIn