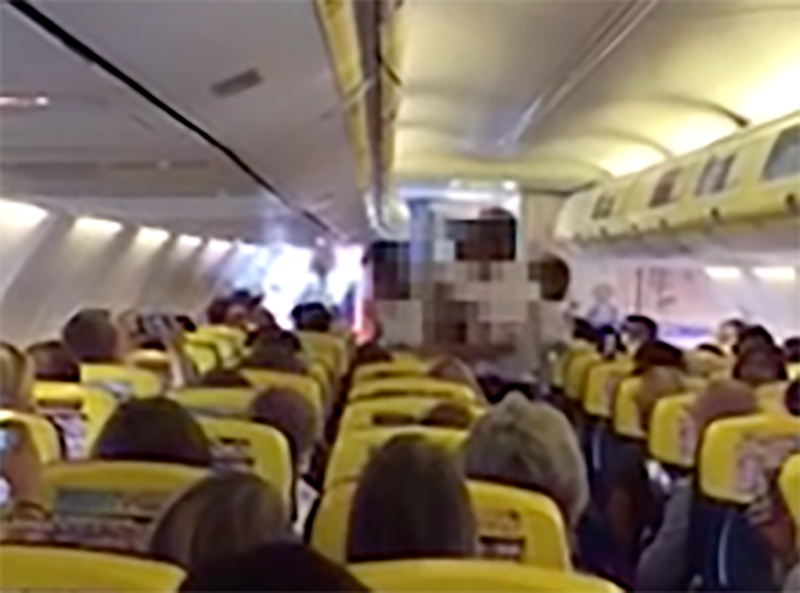 A flight from Stansted Airport was forced to make an emergency landing when a group of drunken passengers began demanding more alcohol.

The incident happened on Friday (August 25) on board a Ryanair flight to Ibiza from London Stansted.

The pilot was forced to divert to the French city of Bordeaux where airport police were waiting to escort the drunken passengers off one by one.

Those on board chanted ‘off, off, off’ as the plane made its landing. The passengers then began to brawl outside with officers with video footage showing the men scuffling on the tarmac.

According to a report by The Mirror, one passenger on board the 2.55pm flight said that the men had been drinking prior to boarding.

The plane had been in the air for around 30 minutes before the pilot announced that he would be making a diversion.

A spokesman on behalf of Bordeaux Airport, said: “The plane was diverted to Bordeaux because of security problems on board. Police were waiting for the flight when it landed, and arrests were made on board. Unruly passengers were removed, and they caused further problems as they were being escorted away”.

A Ryanair spokesman, added: “This flight from London Stansted to Ibiza diverted to Bordeaux after a number of passengers became disruptive inflight. The aircraft landed normally and the passengers were removed and detained by police upon arrival, before the aircraft continued to Ibiza. We will not tolerate unruly or disruptive behaviour at any time and the safety and comfort of our customers, crew and aircraft is our number one priority. This is exactly why we are calling for significant changes to prohibit the sale of alcohol at airports, such as a two-drink limit per passenger and no alcohol sales before 10am”.