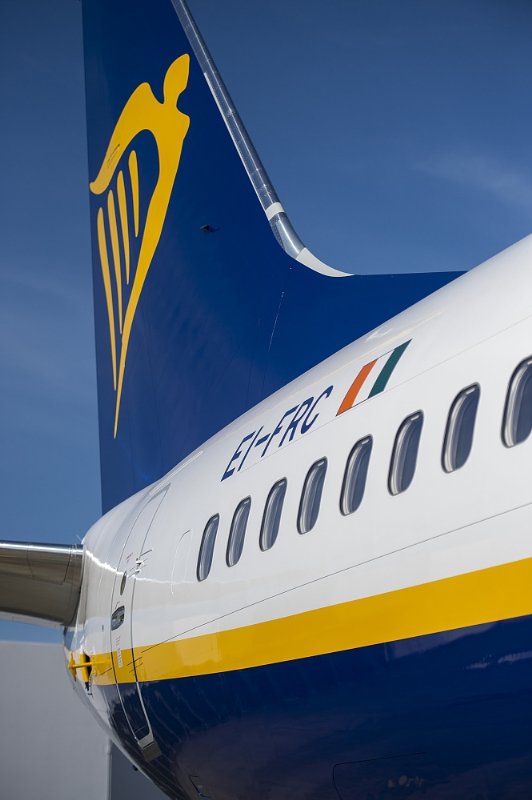 Boeing & Ryanair marked a milestone on April 4th 2016 with the delivery of Ryanair’s 400th Boeing B737-800 Next Generation Aircraft on April 2nd, registered as EI-FRC. The Irish LCC operates the largest fleet of B737-800NG’s in the world.

“The Boeing 737-800 aircraft, with its industry leading technical reliability and seating capacity, has been the foundation upon which our successful and safe growth has been built upon, since we took our first delivery in March 1999,” said Ryanair’s Chief Operations Officer, Michael Hickey. “We are delighted to be now taking delivery of our 400th 737-800, which includes the new Boeing Sky Interior and slimline seats, offering extra leg room and an enhanced customer experience, as part of our ‘Always Getting Programme’.”

Ryanair started the LCC Model more than 30 years ago and have used the B737-800NG for their continued growth. They are the biggest Boeing operator in Europe and operate more than 1,800 daily flights in 30 different countries carrying 106m passengers per year.

“A key factor in Ryanair’s continued success is the outstanding economics of the Next-Generation 737-800,” said Monty Oliver, vice president, European Sales, Boeing Commercial Airplanes. “This 400th 737 delivery is a special milestone for both our companies and we are honoured that Ryanair continues to be an all-Boeing operator.”

Ryanair are to receive another 130 Boeing B737-800NG’s, bringing the total fleet to 530 altogether. They also have an order for 100 B737 MAX 200s, a variant based on the B737 MAX 8, which can take up to 200 seats per aircraft. The MAX aircraft will offer Ryanair 20% better fuel efficiency than today’s most efficient single-aisle Airplanes. In the next 5-10 years, Ryanair’s fleet will have 630 Boeing B737 aircraft within the fleet.